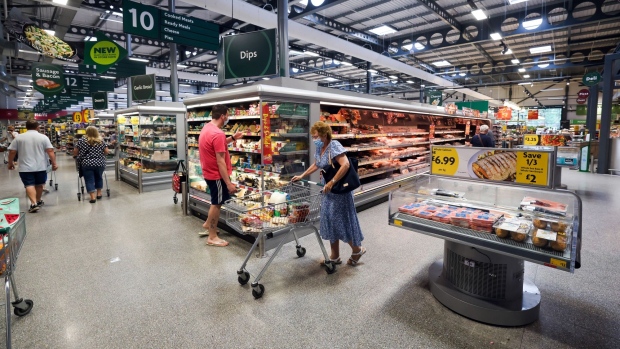 The cost of hedging against inflation in the U.K. over the next decade rose to the highest level in 25 years amid mounting concern over price pressures building in the economy.

The so-called 10-year breakeven rate climbed as much as three basis points to 4.17%, the highest since 1996. That predates the Bank of England’s independence.

Consumer prices rose 3.1% in September, holding near the fastest pace in more than nine years. BOE officials expect the pace of gains to exceed 4% this quarter, while Chief Economist Huw Pill told the Financial Times that it may quicken beyond 5% in coming months.

The breakeven rate is derived from the difference between conventional gilt yields and those linked to inflation. It reflects expectations for price increases over the period, as well as a risk premium related to inflation uncertainty, liquidity and hedging flows.

Payouts on inflation-linked gilts are currently tied to the Retail Price Index, rather than the Consumer Price Index targeted by the BOE. During the last 12 months, RPI inflation has averaged more than one percentage point above CPI.