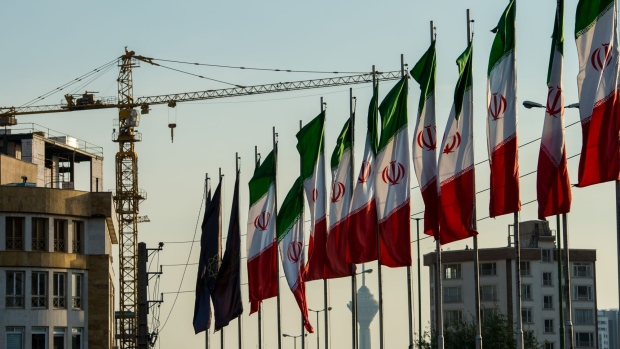 (Bloomberg) -- A British man pleaded guilty in Washington to charges related to illegal exports of sensitive military technologies to Iran in violation of U.S. sanctions, the Justice Department announced.

Saber Fakih, 46, conspired with others in 2017 and 2018 to ship to Iran a high-powered, microwave-based directed-energy weapon system and technology that can be used to take control of an aerial drone, the department said in a statement Thursday. At the same time, a federal indictment was unsealed charging four others in the alleged conspiracy, the government said.

A call to Fakih’s attorney after hours wasn’t immediately returned.

According to his plea agreement, Fakih said he conspired with Alireza Taghavi, 46, of Iran; Bader Fakih, 41, of Canada; and Altaf Faquih, 70, of the United Arab Emirates, the department said. In an unsealed indictment, Iranian national Jalal Rohollahnejad was charged with “smuggling, wire fraud and related offenses arising from the same scheme,” the U.S. said.

The indictments allege that Rohollahnejad and another man held themselves out as representatives of Rayan Roshd Asfzar, a technology company that has been linked to the Iranian Revolutionary Guards Corps, the department said.