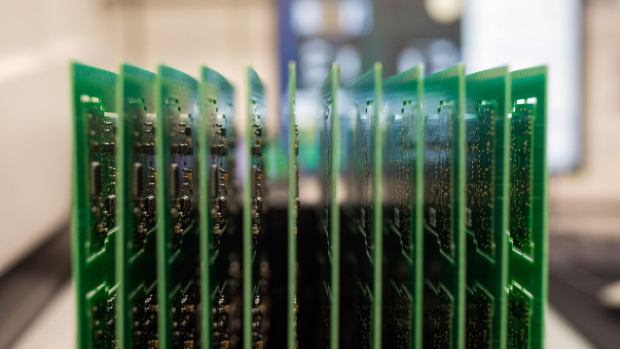 Boris Johnson, U.K. prime minister, delivers his keynote speech on the final day of the annual Conservative Party conference in Manchester, U.K., on Wednesday, Oct. 6, 2021. The U.K.'s governing Conservatives are meeting for their annual conference as the country grapples with a series of crises that threatens to undermine its economic recovery from the pandemic. , Bloomberg

The group Make UK said in a statement on Monday that the government needs to move on from Brexit and “end the blame game with business over the current significant challenges.”

British businesses have battled fuel shortages, soaring energy costs, supply chain issues and labor shortages over the past few months as the U.K.’s withdrawal from the European Union and the ongoing effects of the coronavirus pandemic impact the economy.

“Currently there is a feeling within industry that the government is still fighting the last war and sees business as the enemy within,” said Make UK Chief Executive Officer Stephen Phipson. “Business has moved on and government must do too, working in a spirit of partnership with industry to develop a longer-term economic plan which has enterprise and wealth creation as the fundamental principle.”

Conservatives have traditionally been seen as the party of business in the U.K., but relations between Johnson and companies have showed signs of fraying since Brexit. Johnson is calling on companies to pay higher wages in order to get around labor shortages, while companies say the larger issue is a visa system which makes it difficult to get the staff they need.

With the Autumn Budget due later this month, British industry is calling for measures including an extension of the incentive program that allows companies to claim back up to 25 pence for every pound invested in qualifying machinery, and the modification of the job support scheme to support manufacturers.