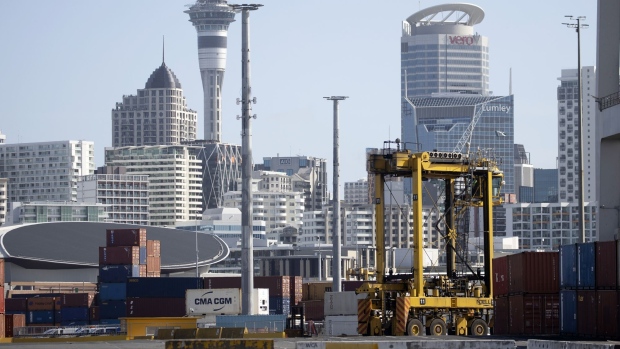 The U.K. is on the verge of sealing a trade deal with New Zealand as it seeks new economic allies after leaving the European Union.

An announcement on a deal between Britain and New Zealand, which was the U.K.’s 53rd-largest trading partner in 2018, could come as soon as this evening, according to two people familiar with the matter, speaking on condition of anonymity. Final details are still being resolved and the timetable could yet slip, the people said.

The U.K.’s Department for International Trade and the New Zealand High Commission in London did not immediately respond to requests for comment.

A trade accord, which would likely cut tariffs on products including chocolate, wine, gin and buses, would be a symbolic and political boost for Prime Minister Boris Johnson as he seeks to demonstrate the benefits of Brexit. However, U.K. government analysis from 2020 estimates that a deal with New Zealand would have no long-term impact on the size of Britain’s economy.

Britain’s trade with New Zealand was worth 2.3 billion pounds last year ($3.2 billion), about 0.5% of its trade with the EU in the same period. Brexit erected costly commercial barriers between the U.K. and its largest trading partner, and the split is contributing to a driver shortage that has roiled supply chains.

The deal would be the first agreed during the tenure of Britain’s new international trade secretary Anne-Marie Trevelyan, who took over from Liz Truss last month.

The U.K. is also seeking trade deals with countries such as Australia and the U.S., while at the same time attempting to join the 11-nation Trans-Pacific Partnership, of which New Zealand is a member.