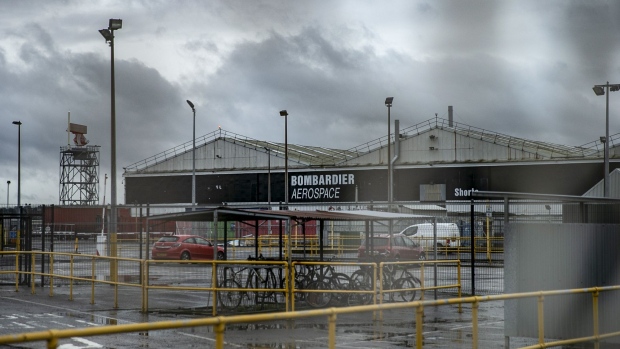 The three-year deal to build a prototype model will help support 100 jobs at the Belfast aero-structures factory taken over by Wichita, Kansas-based Spirit in October, the Ministry of Defence said Monday.

Britain is seeking to develop so-called “loyal wingman” drones by the end of the decade to serve alongside its Eurofighter Typhoon and Lockheed Martin F-35 warplanes. The Royal Air Force’s first unmanned craft would be armed with missiles and carry surveillance and electronic warfare technology.

Project Mosquito, as the drone plan is known, also includes the U.K. arm of Northrop Grumman Corp. The wingmen craft would later fly with the Tempest fighter being developed by a consortium led by BAE Systems Plc and slated for service entry in 2035.

Montreal-based Bombardier sold the Belfast plant as part of a breakup that has limited its aviation activities to business jets. The factory’s main operations are focused on wing manufacture for the A220 single-aisle jetliner, originally the Bombardier CSeries but now owned by Airbus SE.