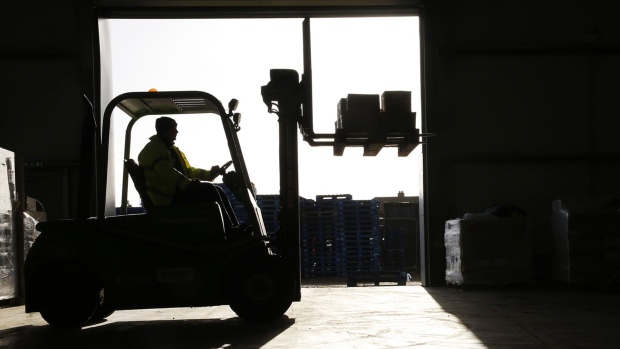 A record number of U.K. firms issued profit warnings in the fourth quarter amid supply-chain disruptions, and a cost-of-living squeeze facing British consumers means that pressure on companies will continue in 2022, according to EY.

U.K.-listed companies issued 70 warnings in the period, up 19% from the previous year, amid rising costs and logistics snarl-ups. In 44% of cases, firms raised the red flag on profits because of supply chain disruptions, the report by the consulting firm said.

Supply logjams have made it harder to companies to source materials and components such as semiconductors. At the same time, Britain’s inflation rate has surged to the highest level in 30 years, crimping consumer spending power and piling pressure on the Bank of England to raise borrowing costs.

“By the second half of the year, an increasing number of companies were issuing profit warnings as forecasting and earnings challenges evolved and multiplied,” said Alan Hudson, partner and head of U.K. & Ireland turnaround and restructuring strategy. “The biggest driver of warnings in 2022 is likely to be the rise in inflationary pressures and its impact on disposable incomes and margins.”

Companies in sectors such as logistics, hospitality and healthcare say labor shortages and wage increases are a growing concern, while the end to government pandemic support will also squeeze firms, he said.

Among sectors with the highest number of warnings last year were aerospace and defense, personal care, drug & grocery stores and retailers, according to EY.

U.K. Lifts Most Pandemic Measures That Staved Off Insolvencies

In the case of retailers, the economic re-opening helped spur a rebound in sales, but also caused significant cost and supply chain issues, the report said.

“Whilst supply chain issues are likely to continue this year, the biggest unknown for the retail sector in 2022 is how much consumers will spend and what they’ll spend it on,” said Silvia Rindone, head of retail for U.K. & Ireland.

More than 4,500 companies started insolvency proceedings in the last quarter of the year, 53% more than the previous year when the country was under lockdown, according to the latest data from the U.K. Insolvency Service.