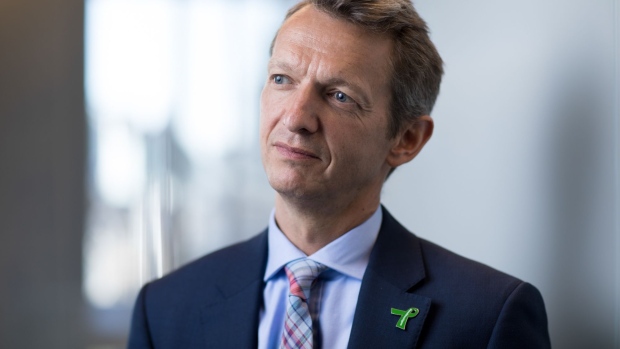 Andy Haldane, chief economist of the Bank of England, poses for a photograph following an interview in London, U.K., on Tuesday, May 14, 2019. Haldane has a reputation for views that go against groupthink, despite spending more than a quarter century at Threadneedle Street. , Bloomberg

(Bloomberg) -- A former Bank of England chief economist will lead Prime Minister Boris Johnson’s bid to “level up” every part of the U.K. by raising living standards, improving public services and spreading opportunity.

Andy Haldane, who left the bank earlier this year, was named the new head of the taskforce, the government said in a statement on Sunday. Haldane, who called the effort “one of the signature challenges of our time,” will report to the prime minister and Michael Gove, the Secretary of State for Levelling Up.

The initiative is part of Johnson’s plan to look beyond the pandemic and focus on his domestic agenda, yet it has been criticized for being vague and poorly defined. How the government pays for its plans will be a challenge given the damage to the U.K.’s public finances caused by Covid-19.

Johnson is under pressure to deliver on a promise to bring the deprived north of England up to speed with the south, with London still the economic epicenter, while the government grapples with high levels of Covid cases and a tentative recovery from the worst recession in three centuries.

“Our relentless focus will be on delivering for those overlooked families and undervalued communities,” Gove said in the statement.

The announcement follows a move by Johnson to overhaul his cabinet as he seeks to invigorate his government in the wake of the pandemic. The Ministry of Housing, Communities and Local Government will become the Department for Levelling Up, Housing and Communities, according to the statement.