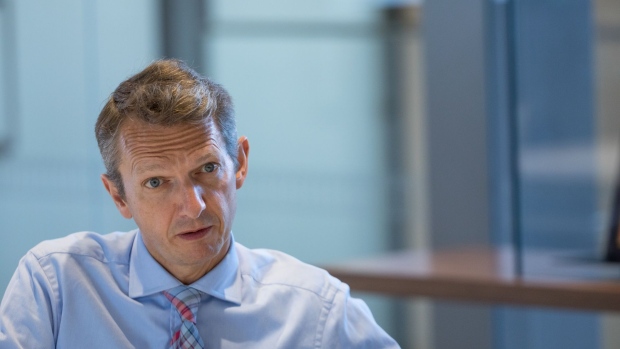 (Bloomberg) -- The U.K.’s recovery is still looking V-shaped and the economy has clawed back about half the output it lost in March and April, Bank of England chief economist Andy Haldane said Monday.

“This plainly has been a recovery and a pretty sharp one,” he told lawmakers on Parliament’s Treasury Committee. “As has been the case of course globally -- in that sense we have seen a bounce-back, so far it has been a V. That does of course not tell us where we might go next.”

The economy likely hit its floor in April, and about half of the roughly 25% fall in activity in March and April has been regained, he said.

Haldane dissented at the BOE’s June meeting, voting against expanding asset purchases. He’s since come across as more upbeat about the economy than Governor Andrew Bailey and fellow policy maker Silvana Tenreyro, who will also address lawmakers this afternoon.

Haldane said the economy likely hit its floor in April, and about half of the roughly 25% fall in activity in March and April has been regained. But he noted that labor market figures are “understating the unemployment problem” and policy makers are monitoring the job situation carefully.

We’re “by no means out of the woods on activity or jobs, but materially better than expected two or three months ago,” he said.

BOE officials will publish updated forecasts at their next policy meeting on Aug. 6.