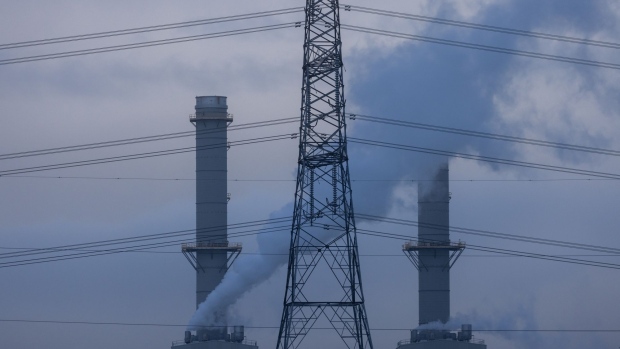 (Bloomberg) -- Prime Minister Boris Johnson’s government is resurrecting a proposal to eliminate the value-added tax from energy bills as ministers consider ways to alleviate the growing cost-of-living crisis in Britain.

Household charges are set to jump by almost 50% in April as soaring wholesale prices for natural gas get factored into a regulatory cap on bills that’s adjusted twice a year. With taxes also scheduled to increase that month and wider inflation at its highest in three decades, ministers are grappling with how to soften the blow to consumers. Eliminating the VAT could save a typical household almost 100 pounds ($134) a year from April.

Johnson previously described cutting the 5% VAT as a “blunt instrument” that would reduce bills for people who don’t need the support. But officials familiar with the matter said nothing has been ruled out, and one said the measure reappeared this week in internal Treasury proposals. The officials all asked not to be identified because the discussions are private.

There’s political advantage for Johnson in changing course. As well as benefiting voters, he can present the removal as a policy that wouldn’t have been possible before Brexit -- echoing a pledge he made while spearheading that campaign.

It also would answer calls for a cut made by many backbenchers in his ruling Conservative Party at a time when the premier’s position is in question amid a slew of allegations of rule-breaking parties on Downing Street during the coronavirus lockdowns of 2020 and 2021. Twenty of his Tory colleagues suggested the move in a letter to the Telegraph earlier this month.

The VAT cut could be announced before other possibilities, including extending financial help such as the Warm Home Discount for low-income households, cutting environmental levies and giving a rebate to some households through council tax.

A fund to help energy companies slow the spike in costs that are passed on to consumers is under consideration, but it isn’t the front-runner, business minister Kwasi Kwarteng said on the ITV channel.

April is set to be a crunch month for ordinary Britons because a new 1.25% payroll tax to fund health and social care is due to start up, and energy regulator Ofgem is scheduled to lift the price cap. Bloomberg Intelligence estimates that combined electricity and gas bills will increase by 47% a year to 1,873 pounds.

Moreover, wider inflation rose to 5.4% in December, the highest level since 1992.