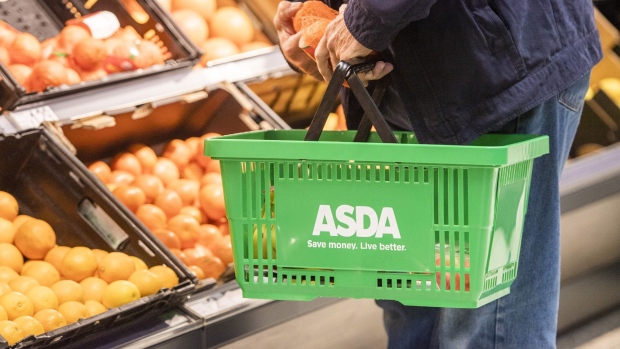 The Issas are studying a range of strategic alternatives for EG Group, which they own together with buyout firm TDR Capital, the people said, asking not to be identified because the information is private. A merger with Asda could value the combined business at around $35 billion including debt, one of the people said.

TDR and the Issas agreed last year to acquire control of Asda in a deal valuing Britain’s third-largest grocer at 6.8 billion pounds ($9.1 billion). The acquisition was completed in February. They own the business separately from EG Group, and Asda’s former parent Walmart Inc. still holds a minority stake in the supermarket chain.

EG Group’s owners have also been weighing other options including a sale of their Australian assets or a public listing of the global gas station business, the people said. Deliberations are ongoing, and there’s no certainty they will lead to a transaction, the people said.

A spokesperson for TDR declined to comment, while representatives for EG Group and Walmart didn’t immediately respond to requests for comment.

Asda and EG Group have been stepping up their cooperation in recent months, drawing up plans to expand foodservice at Asda locations and roll out “Asda On the Move” convenience stores across EG Group filling stations. Combining the two companies would create a sprawling retail operation with a range of store formats from small outlets offering takeaway to large supermarkets.

A deal would give EG Group greater leverage with suppliers and further scale to compete with companies like Alimentation Couche-Tard Inc., the $40 billion owner of the Circle K convenience store chain. EG Group’s strategy of expanding globally through acquisitions has seen it go head-to-head with the Canadian firm in the bidding for some assets.

There are a number of hurdles to a potential merger with Asda, and EG Group’s owners could decide to pursue other options for the business, the people said.

EG Group has separately been exploring a potential divestment of its Australian unit after receiving interest from potential buyers, the people said. A sale of the business could fetch more than $2 billion, one of the people said.