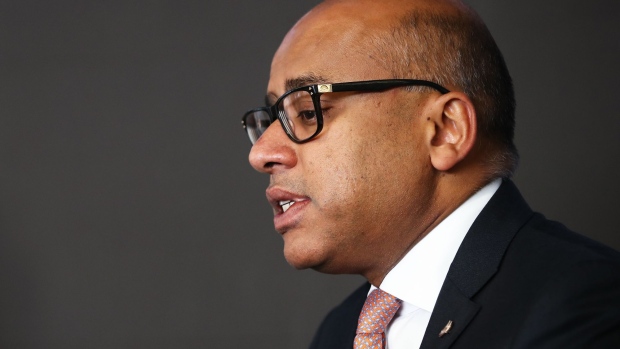 Sanjeev Gupta, executive chairman of Liberty House Group, speaks during the Bloomberg Invest conference in Sydney, Australia, on Wednesday, May 16, 2018. The conference brings together some of the most influential names in institutional investing, and provides insight into Australia's rapidly-changing market. , Bloomberg

The criminal probe, which was officially shut down Wednesday, began in 2016 after a lapse in procedures at the steelmaker was discovered through an internal audit. At the time, Speciality Steels was owned by Tata Steel, which subsequently sold it to Gupta for 100 million pounds ($137 million) in 2017.

“There is a high bar for the SFO to charge individuals or companies with a criminal offense and we will close cases where it is not in the public interest for us to continue with our investigation,” a spokesperson for the prosecutor said.

Speciality Steels, which produces steel components for the aerospace and energy industry, is one of the units of GFG that Gupta has earmarked for sale. The group plans to restart the steel plants as it looks for a buyer, it said Sunday.

The investigation is separate to the SFO’s current probe into GFG, which was announced in May. That relates to suspicions of fraud and money laundering, and is also investigating GFG’s financing arrangements with Greensill Capital UK Ltd.

“We note the SFO has closed its investigation into activity at our former Speciality Steel business,” a spokesman for Tata Steel said.