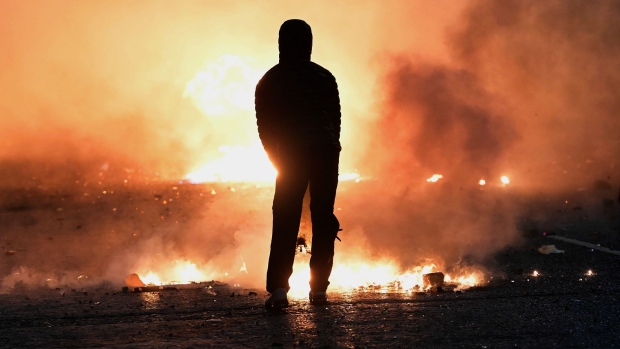 A bus was hijacked and set on fire in Belfast on Wednesday, the Police Service of Northern Ireland said on Twitter. Officers have been targeted with petrol bombs and multiple vehicles have been burned, the PSNI said.

Tensions have flared in Northern Ireland over the last few months, as pro-British loyalists protest against the placing of a border in the Irish Sea as part of the Brexit settlement. Northern Ireland’s first minister Arlene Foster condemned the violence.

“These actions do not represent unionism or loyalism,” Foster said on Twitter, commenting on a video of a bus being attacked. “They are an embarrassment to Northern Ireland.”