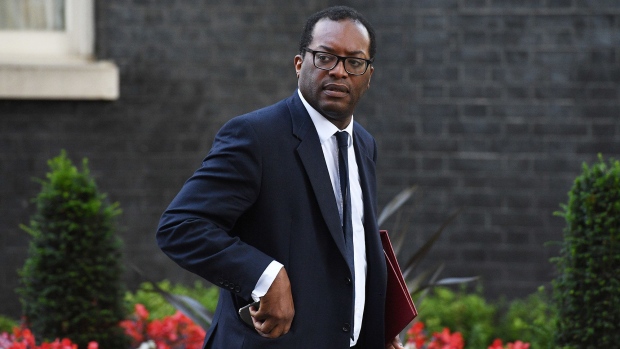 “We may see more suppliers exit in the coming weeks,” Kwarteng told the House of Commons on Thursday. “The solution to this crisis will be found from the industry and the market as is already happening, and the government, I repeat, will not be bailing out failed energy companies.”

Prime Minister Boris Johnson’s government is coming under pressure from the opposition Labour Party and members of his own Conservatives to alleviate the impact on living costs for ordinary Britons of rising prices. It comes at the same time as the government is phasing out pandemic support measures and announcing new tax rises to fund health and social care.

On Thursday, two rank-and-file Conservative Members of Parliament, Christopher Chope and Robert Halfon, pushed Kwarteng to help consumers by cutting the value added sales tax on consumer energy bills. Kwarteng declined to rule it out, saying it was a matter for Chancellor of the Exchequer Rishi Sunak.

“I’m sure that he is looking at all sorts, a range of things this year, but that’s a matter for him to decide ahead of the budget,” Kwarteng said. The budget is due on Oct. 27. The business secretary also “categorically” ruled out giving any grants or subsidies to large energy companies to help them deal with the current crisis.

Ed Miliband, the shadow secretary of state for energy, said on Twitter that energy regulator Ofgem last year warned Kwarteng about systemic risk to energy suppliers that could cause extensive failures. Miliband said the government had failed to act on that warning.

Kwarteng replied that the government had stress-tested the system during the pandemic and that the supplier-of-last-resort tool was sufficient for now.

London Mayor Sadiq Khan earlier told Bloomberg Television that he’s worried about the pressures on living costs for ordinary Londoners, citing the looming closure of a pandemic-related job-support program and the planned removal of a temporary 20-pound-a-week ($27.39) uplift in Universal Credit benefit payments.