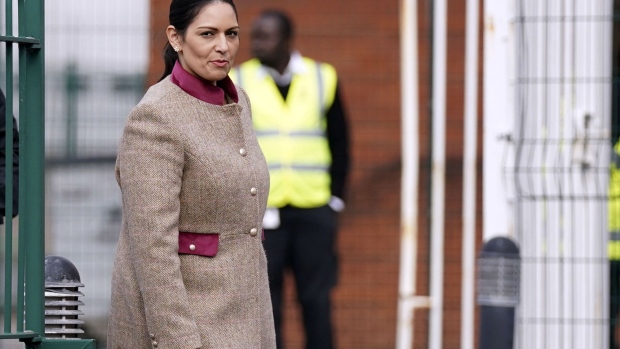 (Bloomberg) -- The U.K.’s “Prevent” program, designed to identify people who may be drawn into terrorism, is undergoing an independent review, Priti Patel said Sunday.

Patel, the U.K. home secretary, spoke on Sky News days after Conservative MP David Amess was fatally stabbed at a meeting in his district.

The Metropolitan Police have called the incident terrorism, with “a potential motivation linked to Islamic extremism.”

Police are questioning a 25-year-old British citizen of Somali origin, arrested at the scene of Amess’s murder in Leigh-on-Sea in Essex.

The Telegraph reported Sunday that the suspect had been referred to the Prevent program several years ago.

“Prevent is going through an independent review right now,” Patel said on Sky’s “Trevor Phillips Show.” “It’s timely to do that, we have to learn, not just from incidents that have taken place, but how we can strengthen our programs.”

Patel said the government is looking at new security measures in the wake of Amess’s killing, including greater police protection for elected officials.

“We need to close any gaps,” she said. “Our elected representatives need to be able to go around with confidence that they are safe and secure in the work they are doing.”

On Saturday, U.K. police said they planned to contact all of the nation’s MPs to discuss security measures.