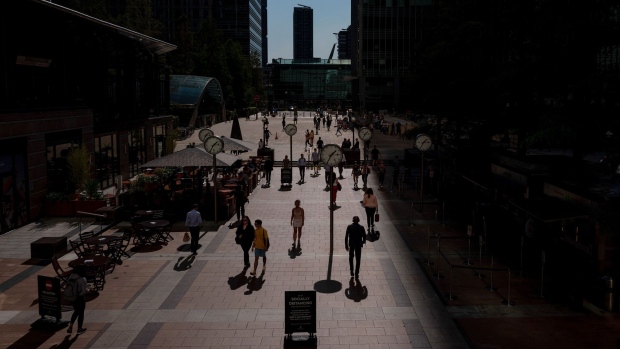 (Bloomberg) -- The U.K. government is urging companies to step up preparations for leaving the European Union trading bloc without a new deal in place in eight weeks.

Prime Minister Boris Johnson and Cabinet Minister Michael Gove will speak to business leaders on Monday and ask them to redouble their efforts, the government said in a statement. The Treasury is also writing to 200,000 traders about new customs and tax rules.

Talks between the U.K. and the EU are on the rocks, and Johnson said there’s no point in continuing them unless the EU changes its position. Michel Barnier, the EU chief negotiator, is due to come to London next week to continue the negotiations.

“Make no mistake, there are changes coming in just 75 days and time is running out for businesses to act,” Gove said.