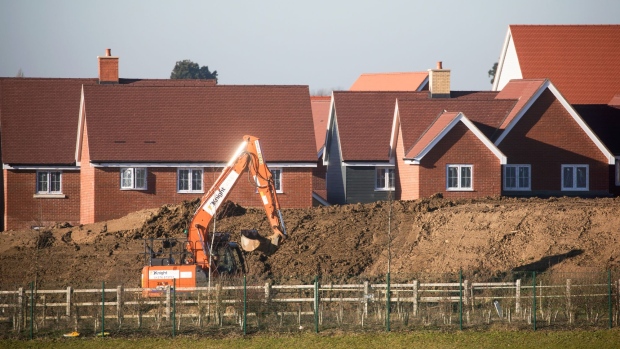 A digger in front of new homes under construction at a Countryside Properties Plc new housing development in Chelmsford, U.K., on Friday, Jan. 22, 2021. House prices boomed during 2020, reaching a record high in December as a tax cut spurred Brits to upgrade their living situations after months of working from home. , Bloomberg

U.K. Chancellor of the Exchequer Rishi Sunak has trailed approximately 31 billion pounds ($43 billion) of announcements ahead of his budget on Wednesday, ranging from spending on health care to education.

Here is a rundown of the main pledges:

The Treasury will inject an extra 5.9 billion pounds into the National Health Service to address a patient backlog and modernize digital technology. Funding for health-related research and development will increase by 5 billion pounds over the next three years, targeting health threats such as cancer and obesity.

Children with special educational needs will receive a 2.6 billion-pound funding boost over the next three years. Another 3 billion pounds will be spent on improving skills among those aged 16 and over and 560 million pounds on improving adult numeracy.

Almost 2 billion pounds will be spent to turn brown-field land into hundreds of thousands of new homes in England.