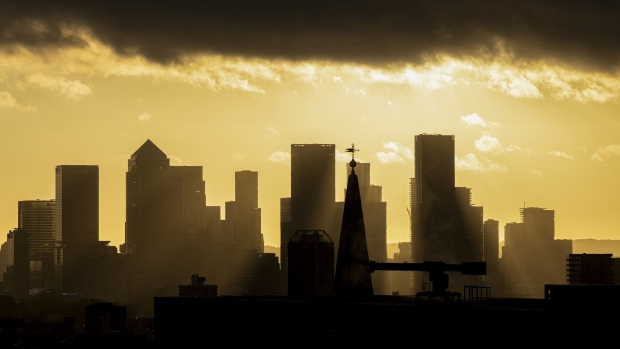 (Bloomberg) -- The U.K.’s biggest companies will have to report their climate-related risks starting next year, under rules laid before Parliament on Thursday that put the country on track to become the first in the G-20 to make such disclosures mandatory.

Under the legislation, public and private companies with at least 500 employees and annual revenue of 500 million pounds ($688 million) will have to disclose climate-related financial information for the tax year beginning in April, according to the Department for Business, Energy and Industrial Strategy.

The move -- two days before the start of a G-20 summit in Rome and three days before Britain hosts a key round of United Nations climate talks in Glasgow -- is designed to show U.K. leadership in the battle against climate change as Prime Minister Boris Johnson seeks to carve out a post-Brexit identity for the nation. The intention is to force companies to understand the risks posed to their operations by a warming planet and encourage them to set out emissions reduction plans, according to BEIS.

“If the U.K. is to meet our ambitious net-zero commitments by 2050, we need our thriving financial system, including our largest businesses and investors, to put climate change at the heart of their activities and decision making,” said Energy and Climate Change Minister Greg Hands. The U.K., he said, is “making our financial system the greenest in the world.”

The U.K. rules will follow guidelines set out in 2017 by the Task Force on Climate-Related Financial Disclosures. The TCFD framework considers both the physical risks of global warming, such as forest fires and coastal flooding, and threats to operations and asset values from the transition to a lower-carbon economy. Michael R. Bloomberg, the founder and majority shareholder of Bloomberg LP, the parent company of Bloomberg News, is the chair of TCFD.

Chancellor of the Exchequer Rishi Sunak said last November that he would mandate the disclosures by 2025 with measures that go “further” than the TCFD proposals.

Thursday’s legislation shows the U.K. is accelerating that time-frame as other countries line up to make disclosures compulsory. Sunak in June secured the support of his G-7 counterparts for a move toward mandatory disclosure. “Investors need high quality, comparable and reliable information on climate risks,” they said at the time in a communique. “We therefore agree on the need for a baseline global reporting standard for sustainability, which jurisdictions can further supplement.”