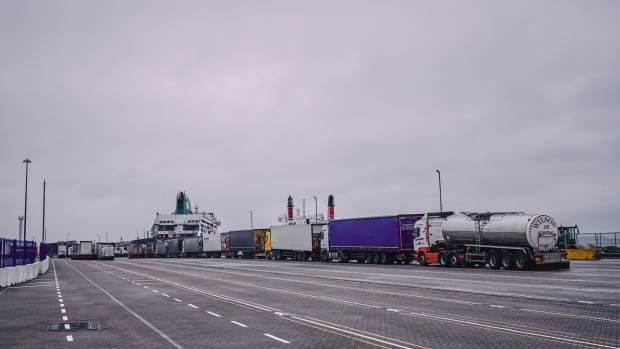 A row of trucks wait to board a ferry crossing the Irish Sea as a vessel, operated by Irish Ferries Ltd., sits docked at Holyhead Port, operated by Stena Line Ports Ltd., in Holyhead, U.K., on Wednesday, Feb. 20, 2019. The concern at Holyhead in northwest Wales is that the 1,300 trucks and trailers passing through each day will get snarled up in new checks should the U.K. tumble out of the EU’s customs union without a new arrangement in place. Photographer: Matthew Lloyd/Bloomberg , Bloomberg

Companies exporting goods into Northern Ireland from the rest of the U.K. after Brexit will need to file new customs paperwork, an extra headache for businesses when Britain completes its split from the European Union at the end of the year.

According to a draft government plan seen by Bloomberg News, firms will need to file import declarations as well as safety and security declarations in advance, otherwise they will not be allowed to move goods across the Irish Sea.

The system will be policed by a new and untested IT platform called the Goods Vehicle Movement Service, which will also police movements of freight across the English Channel. If a haulier is unable to show it has approval from the GVMS, its trucks will not be allowed to board a ferry going to Northern Ireland, according to the plan. 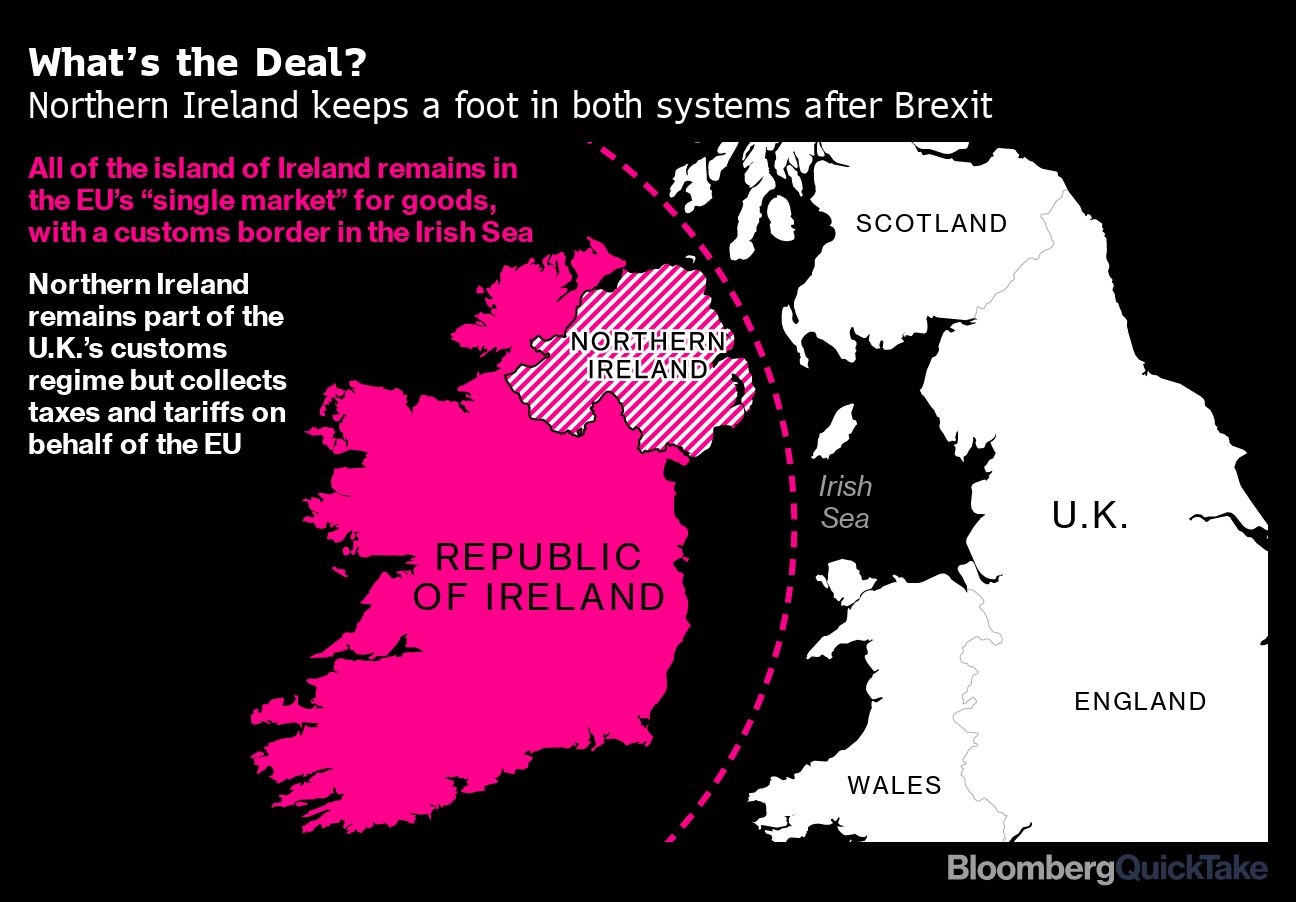 The checks are a consequence of the Brexit Withdrawal Agreement passed by Boris Johnson’s government earlier this year. Under the agreement, Northern Ireland will remain in the EU’s single market and customs union.

To avoid putting customs posts on the border with the Republic of Ireland, the U.K. government is required to check goods moving from Great Britain into Northern Ireland. Under pressure from Unionists, Johnson has attempted to play down the significance of those checks.

HMRC didn’t immediately respond to a request for comment.