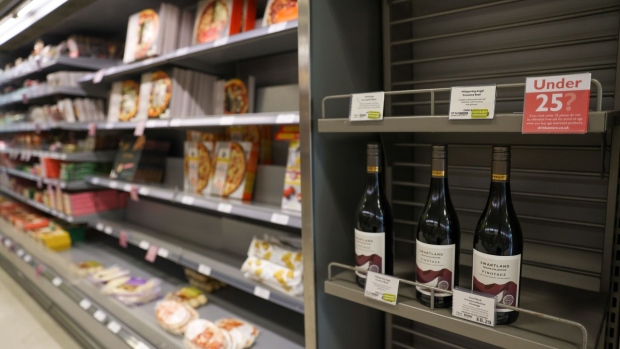 The U.K. government said it will scrap a piece of planned red tape on wine imports. a move it said would save 10 pence ($0.14) on each bottle imported into Britain.

From 2022, wine shipped to the U.K. from the EU, or about 55% of all wine consumed in Britain, was due to require a so-called VI-1 certificate, which requires laboratory analysis of the wine to prove it meets certain regulations. The wine and spirits industry had warned this paperwork would have pushed up prices.

“Cutting this needless red tape will place our businesses in a stronger position internationally,” Victoria Prentis, a minister for the Department for Environment, Food and Rural Affairs, said in an emailed statement. “Consumers can raise a glass to great wine from around the world.”

After leaving the EU, the British government had initially decided to adopt the bloc’s VI-1 certificates, which are part of its health and safety regime. The decision to drop the paperwork follows lobbying from the wine industry, which hailed the move as a victory for British wine-drinkers.

The British government is also scrapping VI-1 certificates for wine imports from non-EU countries including Australia, New Zealand and South Africa. Combined with the EU measure, the decision will save wine importers about 100 million pounds annually, according to the WSTA.