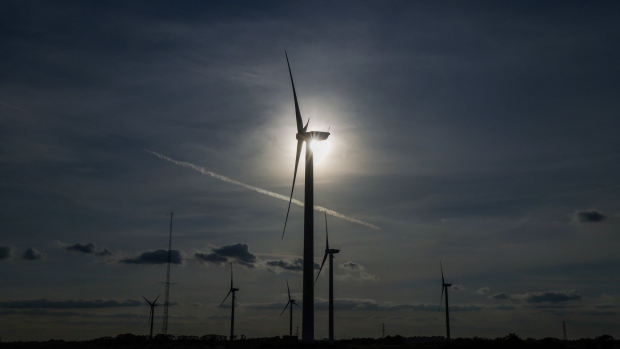 Onshore wind turbines on the Bradwell Wind Farm near Bradwell on Sea, U.K., on Tuesday, Sept. 21, 2021. U.K. Business Secretary Kwasi Kwarteng warned the next few days will be challenging as the energy crisis deepens, and meat producers struggle with a crunch in carbon dioxide supplies. , Bloomberg

A day after Elliott publicly released a letter calling for a split of SSE’s renewables unit, the British utility said its board had “categorically concluded” that the plan wouldn’t bring the results expected. The response threatens to escalate the dispute with Elliott, which has a history of pushing for board and management changes.

SSE Chairman John Manzoni and Chief Executive Officer Alistair Phillips-Davies both reiterated their backing for the company’s strategy set out last month as the best way forward. The utility said in November that separating its renewables unit would lead to 95 million pounds ($126 million) a year of lost value.

“Separation puts at risk valuable growth options across the clean energy value chain, would jeopardize our ability to finance and deliver the major infrastructure the U.K. needs to create jobs and achieve net zero,” Phillips-Davies said in a statement.

The activist investor called on SSE to add two new directors with renewable energy experience and to begin a new strategic review of its business.

A representative for Elliott wasn’t immediately available for comment.

Elliott, which is run by billionaire Paul Singer, is known for driving through changes at the companies in which it invests. At Ebay Inc., Elliott pushed for a break up of the company before being awarded a seat on the board in a settlement. CEO Devin Wenig was eventually fired several months later in a clash over selling its classified business.

Most of Elliott’s fights, however, result in some sort of settlement. Last month, for example, it reached an agreement at Duke Energy Corp. that resulted in two new directors being added to the utility’s board.