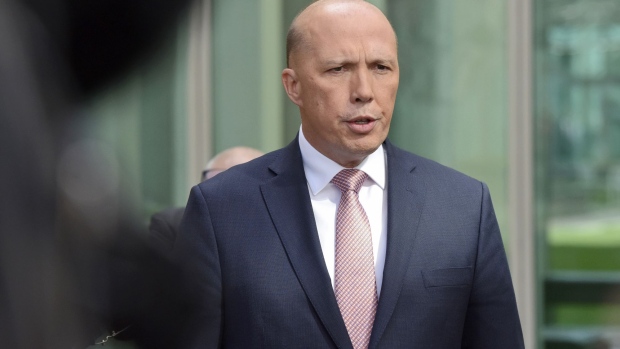 (Bloomberg) -- The U.S. and its allies need to push back harder against China after they “acquiesced and allowed” Beijing to expand its footprint in the South China Sea over the past decade, Australia’s Defense Minister Peter Dutton said.

“If we continue on that trajectory, then I think we’ll lose the next decade,” Dutton said in an interview with the Sydney Morning Herald published on Monday. “And my sense is that we’re better off being honest about that.”

Dutton’s comments come ahead of a planned meeting this month in Australia of the Quad security partnership, with U.S. Secretary of State Antony Blinken set to attend along with counterparts from Japan and India. The four-nation group has met more frequently as it looks to counter China’s rise in the region.

China has increased its control over the South China Sea over the past decade, building artificial structures on disputed territory and sending large ships to prevent neighboring countries from extracting fish and energy from the seas.

In the interview, Dutton didn’t elaborate on what more the U.S. and its allies could do in the waters to deter China. He also said he had “no doubt” Australia would have its own nuclear-powered submarine by 2038, under the Aukus agreement with the U.S. and the U.K. announced last year.