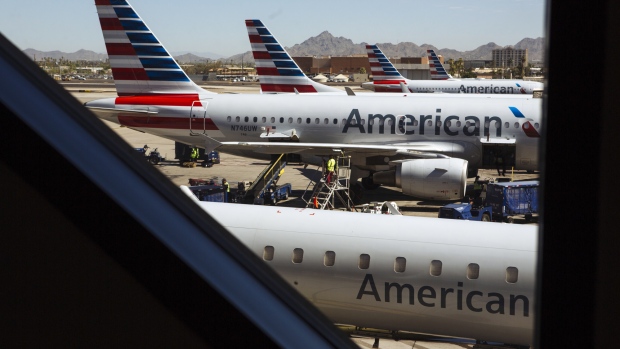 Airlines are attempting to push through the new price increase more quickly than expected after lifting fares in the second week of May, Baker said. The industry is benefiting from strong demand while the supply of flights and seats is crimped by the grounding of Boeing Co.’s 737 Max.

“We were obsessing over domestic fares much less than usual, given what we viewed as a low probability of further increases,” Baker said. “We are pleased that our skepticism was proven ill-placed.”

Southwest has also instituted smaller increases over the last month, “leaving several thousand fares as much as $15 one-way higher than this time last month,” Baker said.

American and Southwest this week removed the Max from their schedules through Labor Day, extending the planned hiatus from August.

To contact the reporters on this story: Esha Dey in New York at edey@bloomberg.net;Mary Schlangenstein in Dallas at maryc.s@bloomberg.net