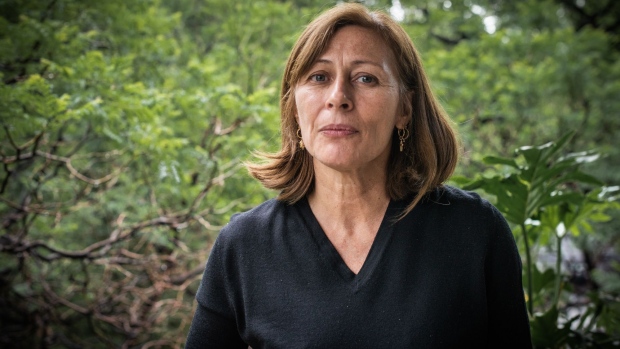 (Bloomberg) -- Investments in Mexico are being put at risk by a U.S. bill offering tax credits for electric vehicles built with domestic labor, Economy Minister Tatiana Clouthier said in an interview.

At least two EV investments may not close in Mexico and eight states could lose out on automaker expansions because of the legislation, Clouthier said via Zoom. She said she’s talking to many U.S. senators to try and change their minds and described the U.S.’s actions as contradictory at a time of close work with Mexico to improve supply-chain bottlenecks and amicable negotiations on issues such as immigration.

“How can it be that we are working so harmoniously in one area with the U.S. and at the same time the senators are doing this,” Clouthier said. “There are impacts in terms of investments for electric cars that are being paused in some states.”

Both Mexico and Canada have accused the U.S. of potential violations of the updated North America free trade accord known as USMCA. They argue that the bill -- which would give an extra tax credit to consumers who buy electric vehicles made by unionized U.S. workers -- would disadvantage automakers in the rest of North America.

Clouthier said earlier this week that her country was willing to go ahead with “all kinds of retaliation” including slapping trade tariffs on U.S. goods. Canada’s Trade Minister Mary Ng said that the proposed legislation puts hundreds of thousands of jobs at risk.

The dispute over the EV credit has built upon already simmering tensions over which cars can be sold duty-free based on the percentage of their parts that are regionally made. Mexico requested formal talks on the issue in August and Canada joined as an interested third party.

In her interview, Clouthier said that the U.S. can expect a “Christmas present” or a gift during the Three Kings holiday in early January, meaning that is when Mexico is planning to go formally to an arbitration panel. She said Canada may either join Mexico or act as a third party in the disagreement.

She also said that Mexico is about to announce a few other major investments in border states as companies seek to transfer operations from Asia to North America to prevent supply shortages and to comply with USMCA local content rules. Companies are buying up real-estate in northern states as they prepare to shift operations to Mexico in the process called nearshoring, she said.