The Trump administration placed eight Chinese technology companies on a U.S. blacklist on Monday, accusing them of being implicated in human rights violations against Muslim minorities in China’s far-western province of Xinjiang.

The move, which was announced after U.S. markets closed, came on the same day negotiators from the U.S. and China began working-level preparations for high-level talks due to begin Thursday in Washington. Entities on the list are prohibited from doing business with American companies without being granted a U.S. government license, though some have maintained relationships with banned companies through international subsidiaries.

“Specifically, these entities have been implicated in human rights violations and abuses in the implementation of China’s campaign of repression, mass arbitrary detention, and high-technology surveillance against Uighurs, Kazakhs, and other members of Muslim minority groups” in Xinjiang, the U.S. Commerce Department said in a federal register notice published Monday.

The move, first reported by Reuters, takes President Donald Trump’s economic war against China in a new direction, marking the first time his administration has cited human rights as a reason for action. Past moves to blacklist companies such as Huawei Technologies Co. have been taken on national security grounds. The president’s tariff war against Beijing, meanwhile, has been fought over issues such as intellectual property theft and control of technology as well as China’s broader industrial policy.

It also comes as Trump faces growing pressure at home to support pro-democracy protests in the Chinese-controlled territory of Hong Kong. On Monday, Trump said he was hoping for a “humane solution” in Hong Kong, where protests have grown increasingly violent.

“They even have signs, ‘Make China Great Again,’ ‘Make Hong Kong Great Again,’” he told reporters. “They have tremendous signage.”

None of the eight companies had an immediate comment. Some of the firms added to the list trade on Chinese exchanges, which weren’t open yet when the announcement was made in the U.S.

“With growth fading, the U.S. and China could both use at least a reprieve from trade tensions. A mini-deal was mooted. It now looks less likely.”
--Bloomberg Economics Chief Economist Tom Orlik

The news broke just as Trump was attending the signing of a partial trade agreement with Japan and predicting a big week of talks with China.

“We think there’s a chance that we could do something very substantial,” he told reporters of the China talks. “I think they’re coming to make a deal, we’ll see whether or not a deal can be made.”

A Commerce Department spokesman said “today’s action is unrelated to the trade negotiations.”

Besides Hikvision and Dahua, the companies put on the blacklist include artificial intelligence companies iFlytek, Megvii Technology, SenseTime and Yitu Technologies.

Also included are Xiamen Meiya Pico Information Co. Ltd, which bills itself as an “expert in digital forensics and cybersecurity in China,” according to its website, and Shanghai-based Yixin Science and Technology, a supplier of micro and nano fabrication equipment.

The ban complicates a planned initial public offering for Megvii. The company, which is backed by Alibaba Group Holding Ltd., filed in August to go public in Hong Kong. The terms and timing of a listing weren’t disclosed, but people familiar with the company’s plans have said it’s seeking to raise as much as US$1 billion.

SenseTime is the world’s most valuable artificial-intelligence startup. The company lists Nvidia Corp. and Qualcomm Inc. among more than 700 global partners. Nvidia declined to comment, and Qualcomm didn’t immediately have a comment.

Four of the eight companies put on the blacklist are already publicly traded in China. Dahua’s shares have risen 17 per cent in the past year, while Hikvision is up 12.4 per cent. iFlytek Co has gained 11.5 per cent and Xiamen Meiya Pico Information has climbed 7.9 per cent. 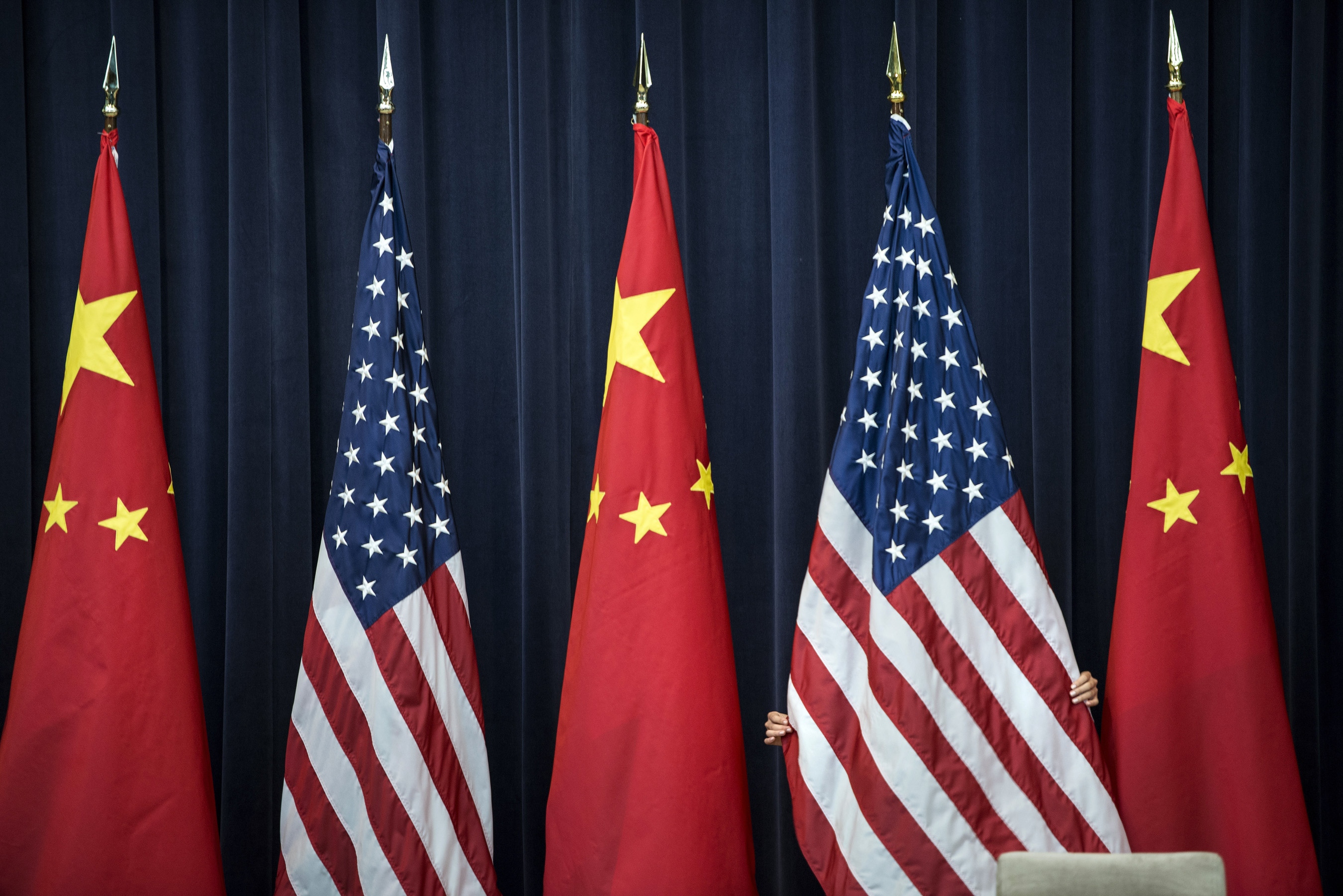 What’s your expectation for this week’s China-U.S. trade negotiations?

When Huawei Technologies became the most prominent target for Trump administration export restrictions, its U.S. suppliers initially cut off contact with the Chinese technology company. After looking at the rules more closely, companies such as Intel Corp., Micron Technology Inc. and Qualcomm resumed at least partial supply.

They have subsequently argued in Washington that blanket bans don’t have the targeted effect that the entity listings are intended to achieve because many of the products they supply to Chinese companies are readily available from their overseas competitors.

A request for comment from the Chinese embassy in Washington wasn’t immediately returned.

The move targets Chinese surveillance companies involved in the crackdown in Xinjiang, where as many as a million Uighur Muslims have been placed in mass detention camps, prompting criticism from around the world.

“The U.S. government and Department of Commerce cannot and will not tolerate the brutal suppression of ethnic minorities within China,” said Secretary of Commerce Wilbur Ross said in a statement on Monday. “This action will ensure that our technologies, fostered in an environment of individual liberty and free enterprise, are not used to repress defenseless minority populations.”

The blacklisting of these firms has been long in the making and national security advisers for months have been pushing for the president to move forward on the plan. But the timing is highly provocative, coming just days before China’s Vice Premier Liu He is schedule to arrive in Washington for high-stakes trade talks being watched by financial markets around the world.

The White House in May had readied the sanctions package for surveillance technology companies accused of human rights violations but decided to hold back because of the ongoing trade negotiations.

The Trump administration in June again considered the sanctions and had planned to roll them out with a human rights speech by Vice President Mike Pence on the anniversary of the Tiananmen Square massacre, Bloomberg has reported. The speech was postponed indefinitely -- at the request of Chinese officials -- so that Trump could secure a meeting with Chinese leader Xi Jinping at the Group of 20 summit in Osaka.