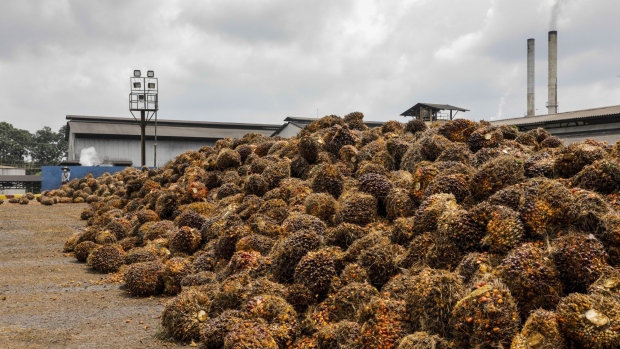 (Bloomberg) -- The U.S. has blocked imports of palm oil and palm oil products from Malaysia’s FGV Holdings Bhd., one of the world’s largest producers.

Shipments from the company and its subsidiaries will be held back at all ports of entry effective Wednesday, the U.S. Customs and Border Protection said in a statement. The order is based on what American authorities say is information that “reasonably indicates” the use of forced labor.

The move is the latest blow to the palm oil industry after the spread of the coronavirus shuttered restaurants, curbing demand for cooking oil. That comes after a spat between Malaysia and India hurt trade and companies grappled with smaller supplies.

The order is the result of a yearlong investigation that revealed abuse of vulnerability, deception, restriction of movement, isolation, intimidation and physical and sexual violence, according to the statement. Malaysia is the second-biggest shipper of palm oil to the U.S.

In 2019, $441 million worth of tropical oils were imported to the U.S. from Malaysia, much of that being refined palm oil, according to U.S. Department of Agriculture data. Through the first seven months of 2020, the volume of such shipments was down 15%.