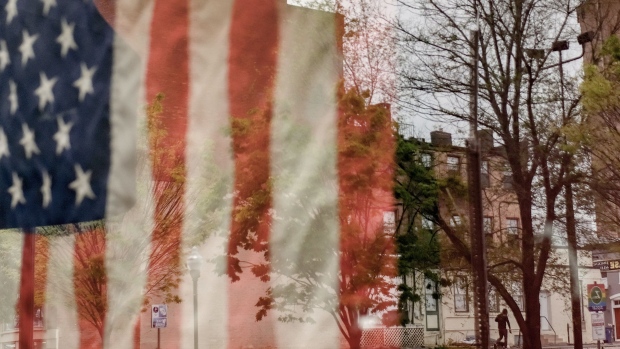 The U.S. budget deficit more than tripled to a record US$3.1 trillion in the latest fiscal year on the government’s massive spending aimed at softening the blow from the coronavirus pandemic.

The increase brought the deficit as a share of gross domestic product to 16 per cent in the year ending in September, the largest since 1945, a Treasury Department report showed Friday. At the end of the financial crisis in 2009, the ratio was close to 10 per cent before slowly narrowing through 2015.

Investors have handed the government ultra-low borrowing costs to finance the spending, resulting in a 9 per cent drop in federal interest payments during the year. But the national debt is now bigger than the size of the economy, and it could be almost double GDP by 2050 as an aging population places more demands on Social Security and Medicare, according to the Congressional Budget Office.

The risk is that in the long term, rising debt could end up sparking inflation and repelling investors if the market becomes too saturated. Federal Reserve Chair Jerome Powell and other officials say eventually the debt trajectory will need to be addressed, but now isn’t the time to worry because unemployment remains high and the pandemic has crushed many businesses, warranting further support for the economy.

While the central bank cut the benchmark interest rate to near zero in March and expects to keep borrowing costs very low likely for years to come, lawmakers remain deadlocked over additional fiscal aid ahead of the Nov. 3 election.

The report showed federal spending jumped 47.3 per cent to US$6.55 trillion in fiscal 2020, driven by increased outlays for unemployment compensation and small businesses that were approved by President Donald Trump and Congress. Government revenue declined 1.2 per cent as receipts from individual and corporate income taxes fell.

Underscoring the massive fiscal relief efforts this year, the Treasury’s report showed US$275 billion in outlays for federal additional unemployment compensation that included the now-expired US$600 supplemental weekly jobless payments. Spending for state unemployment benefits totaled nearly US$196 billion in the fiscal year.

Spending on national defense went from the second-largest outlay in fiscal 2019 to fifth in 2020 as pandemic-induced spending resulted in larger spending for income security, health and Medicare.

--With assistance from Alex Tanzi.