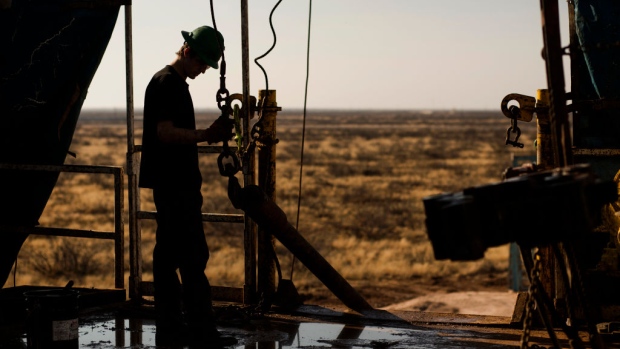 A worker waits to connect a drill bit on Endeavor Energy Resources LP's Big Dog Drilling Rig 22 in the Permian basin outside of Midland, Texas, U.S., on Friday, Dec. 12, 2014. Of all the booming U.S. oil regions set soaring by a drilling renaissance in shale rock, the Permian and Bakken basins are among the most vulnerable to oil prices that settled at $57.81 a barrel Dec. 12. With enough crude by some counts to exceed the reserves of Saudi Arabia, theyre also the most critical to the future of the U.S. shale boom. , Photographer: Bloomberg/Bloomberg

From 2008 to 2018 the amount of oil produced by the U.S, Canada and Brazil almost doubled. These three countries now produce roughly one quarter of the world’s oil, according to BP’s annual Statistical Review of World Energy 2019.

The U.S. alone in this time has more than doubled its oil output and effectively grabbed an additional 8 percentage point slice of the world’s oil production. Annual oil production data by country shows the U.S. with a world leading 16.2 per cent share of global production last year. In 2008, the U.S. ranked third in the world with an 8.2 per cent share. The top two a decade ago, Saudi Arabia and Russia, now trail at 13 per cent and 12.1 per cent of total 2018 production, respectively.

Other countries with the largest gains in production over the last decade, following the U.S., are Iraq, Canada, Brazil, and the United Arab Emirates. Canada ranked seventh in the world in 2008 with a 3.9 per cent world share but it rose to fourth globally with a 5.5 per cent share last year. Iraq moved up six spots to sixth in the world. Kazakhstan and Qatar also each moved up six spots to 13th and 14th among the world producers. The Republic of Congo moved up seven spots, but accounts for a relatively small 0.35 per cent share of global oil output. 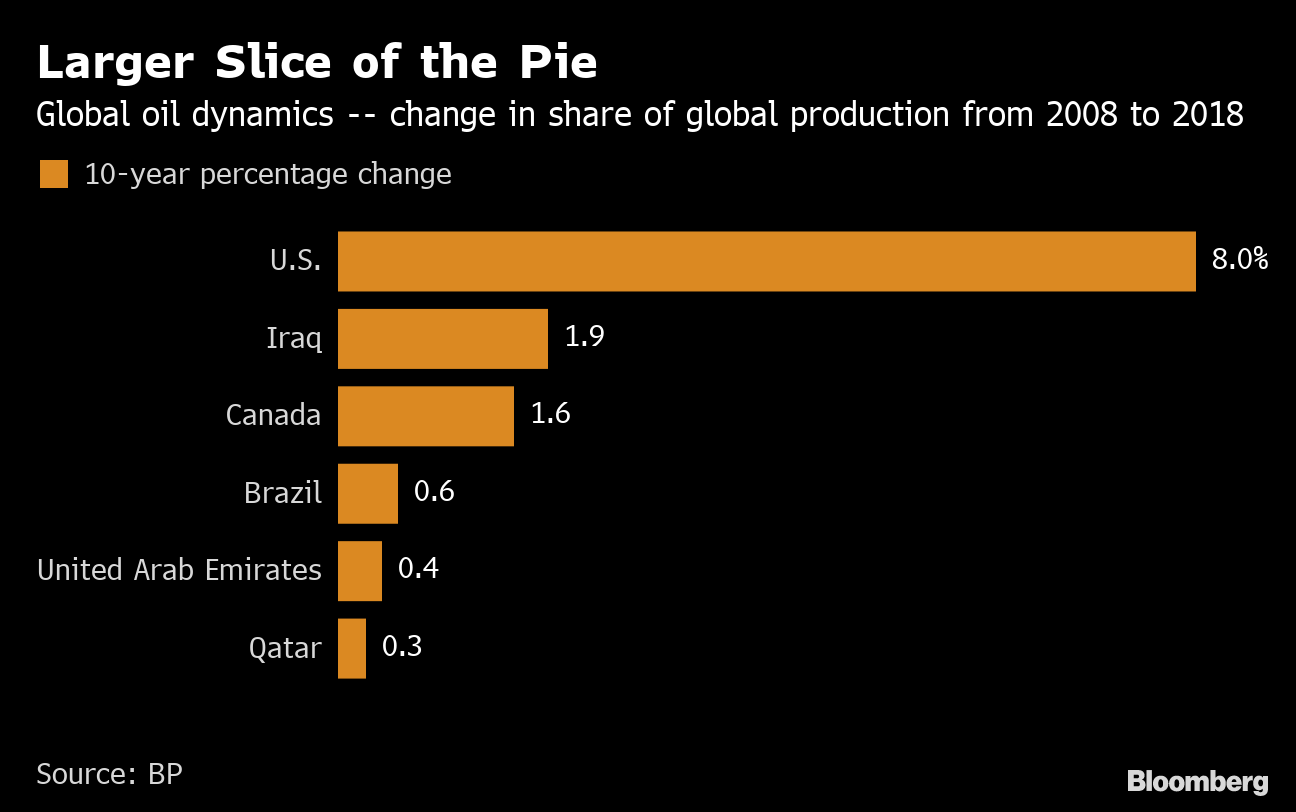 Countries in turmoil were the largest decliners over the past decade, namely Syria, Venezuela, Sudan and Yemen. Syria fell 16 spots, Venezuela 11 and Sudan and Yemen each dropped 10 spots in the global ranking of output. Venezuela, the largest producer among the four, is now ranked 17th in the world with a 1.6 per cent share.