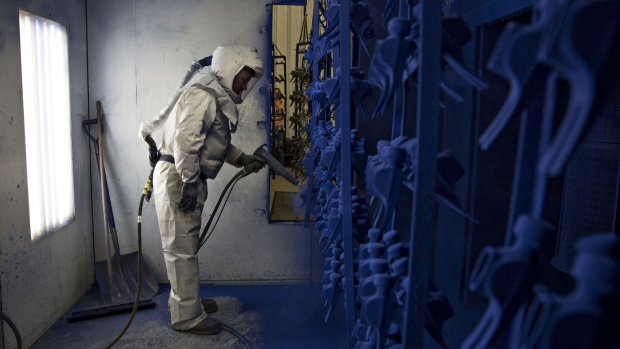 The value of core capital goods orders, a proxy of business investment in equipment that excludes aircraft and military hardware, rose 0.8% after a revised 0.5% increase a month earlier, Commerce Department figures showed Wednesday.

Bookings for all durable goods -- or items meant to last at least three years -- decreased 0.4% from the prior month, reflecting declines in aircraft and cars.

The median estimate in a Bloomberg survey of economists called for a 0.5% increase in core capital goods orders and a 1.1% drop in total durables.

Stronger demand against a backdrop of limited capacity have pushed the value of core equipment spending to record levels and helped fuel economic growth in the first half of this year. Still, ongoing supply bottlenecks and labor shortages have limited producers’ ability to make headway on bookings, as unfilled orders for capital goods have climbed to a record.

Outside of the volatile aircraft category, orders for machinery and metals increased. Meantime, bookings for communications equipment, computers and electrical equipment decreased in September.