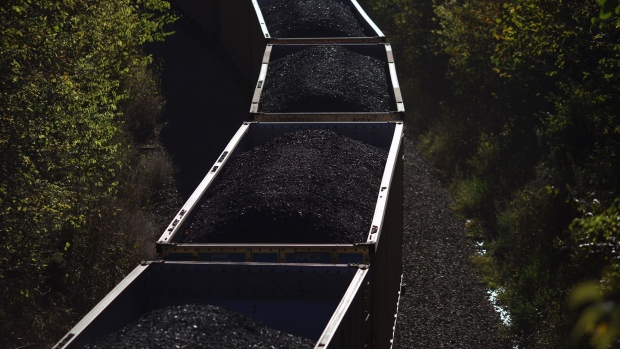 (Bloomberg) -- Almost every lump of coal that U.S. miners will dig out of the ground next year has already been sold, as surging natural gas prices prompt utilities to burn more of the dirtiest fossil fuel.

Peabody Energy Corp., the top American supplier, has contracts for more than 90% of its coal from the Powder River Basin region next year and all of the power-plant fuel from its other U.S. mines. And Arch Resources Inc., the No. 2 producer, has lined up deals with utilities for all of its 2022 output from the basin at an average price that’s 20% higher than current spot prices.

Demand for electricity is surging as the global economy recovers from the pandemic and winter approaches, driving natural gas prices to record highs. Even with coal miners boosting output next year, power producers are signing multi-year contracts for every ton they can get. As global leaders converge in Glasgow next week for a key United Nations climate conference, these lengthy supply deals are further evidence that the transition to clean energy is going to take some time.

“It’s pretty much sold out,” Peabody Chief Executive Officer Jim Grech said Thursday during a conference call. “We only have a small portion left to be sold for 2022 and for 2023.”

Arch’s thermal coal output for 2022 is “fully committed,” CEO Paul Lang said Tuesday, with an average price for Powder River Basin output of $16 a ton. That’s well above the $13.25 spot price last week, according to S&P Global Market Intelligence. Only a small amount of export tons remains to be sold for the second half of next year. While the company is transitioning to focus on coal for making steel, its thermal mines are helping boost cash flow and the company reinstated the dividend that was suspended last year.

Alliance Resource Partners LP, a coal miner that’s on track to ship about 32 million tons this year, has already locked in deals for 30 million tons next year and almost 16 million tons in 2023.

“Our challenge in America is most producers are all sold out,” CEO Joe Craft said during a call Monday.