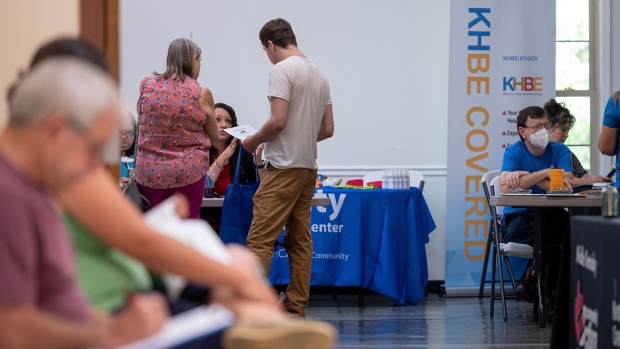 Businesses’ payrolls increased by 330,000 last month, the smallest gain since February, after a revised 680,000 gain in June, according to ADP Research Institute data released Wednesday. The median projection in a Bloomberg survey of economists called for a 690,000 gain in the latest month.

The slowdown in hiring underscores the challenges of a full labor market recovery. Firms are trying to keep pace with an unleashing of pent-up demand, but it will take time to fill a now-record number of open positions.

Service-provider employment increased 318,000 in July. Payrolls at leisure and hospitality businesses rose 139,000 during the month, also the smallest advance since February.

Payrolls at good producers rose by 12,000. Employment at construction firms increased by just 1,000 in July.

The figures come just before the government’s monthly jobs report on Friday. Economists expect private payrolls to jump 718,000 in July. The unemployment rate is projected to fall to 5.7% as participation improves.