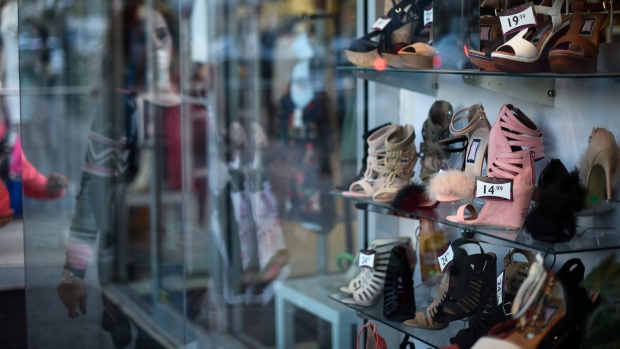 The reflection of a shopper is seen on a window as shoes are displayed for sale on Steinway Street in the Queens borough of New York, U.S. , Bloomberg

A measure of U.S. consumer sentiment fell to the lowest in almost seven months and ratings of the economy deteriorated amid the longest government shutdown in the country’s history.

The Bloomberg Consumer Comfort Index declined to 57.4 last week from 58.1 as a gauge of views on the buying climate slid to a 10-week low, according to a report Thursday. A measure of Americans’ ratings of their personal finances edged up.