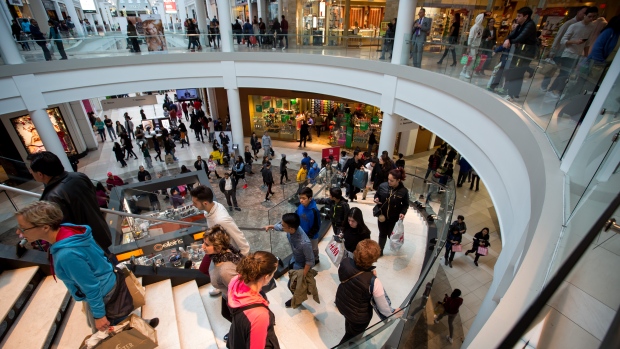 U.S. consumer confidence slumped in January to the weakest level since July 2017 as optimism on the economy soured during the longest-ever U.S. government shutdown.

The confidence index fell to 120.2 from 126.6, the New York-based Conference Board said in a report Tuesday. That missed economist estimates in a Bloomberg survey calling for a drop to 124. The measure gauging consumer expectations slumped to the lowest since October 2016 while Americans’ views on present conditions weakened for a second month.

Though confidence recently reached an 18-year high, the index has slipped amid the five-week government shutdown, continuing trade tensions with China, and major swings in U.S. stocks.

The drop in the gauge tracked other sentiment indicators. The University of Michigan’s preliminary January consumer sentiment index and the Bloomberg Consumer Comfort Index’s monthly expectations gauge both recently tumbled to two-year lows. 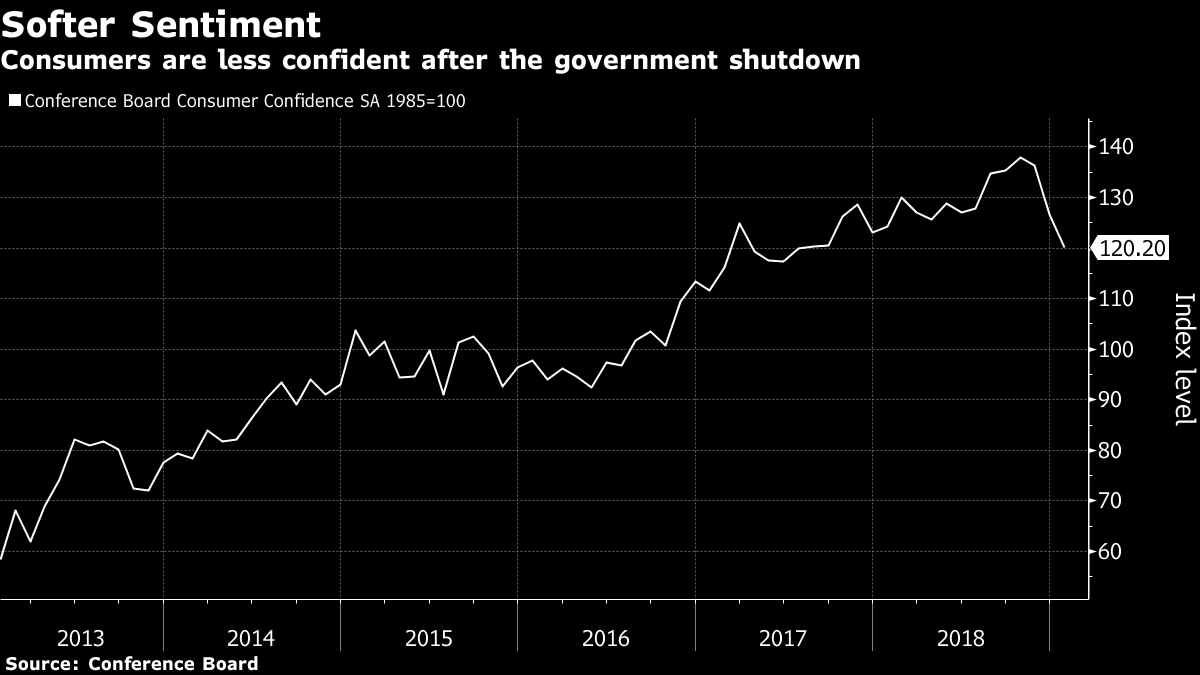 Shock events like government shutdowns “tend to have sharp, but temporary, impacts on consumer confidence,” Lynn Franco, senior director of economic indicators at the Conference Board, said in a statement. “It appears that this month’s decline is more the result of a temporary shock than a precursor to a significant slowdown in the coming months.”

-On the bright side, the share of consumers planning to buy a home within six months jumped to 7.8 per cent, a record in data back to 1967, as mortgage rates declined.

-The share expecting business conditions to be worse in six months was the largest since November 2013, just after the last lengthy government shutdown.

The labor differential -- which measures the gap between respondents saying jobs are plentiful and those who say they’re hard to get -- held near the highest level in almost 18 years, a sign the labor market remains strong.

Buying plans showed mixed responses. The measure of consumers planning to purchase a car within six months held up, while the share expecting to purchase major appliances fell to an 18-month low.