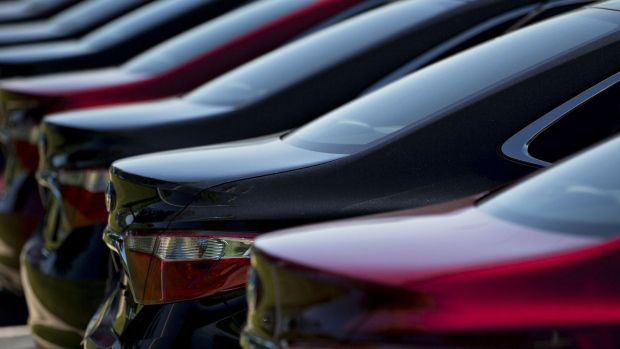 U.S. consumer prices rose for a third month in August, driven by the sharpest gain in used-vehicles since 1969, consistent with a gradual pickup in inflation as the economy recovers from the pandemic-induced downturn.

The consumer price index rose 0.4 per cent from the prior month, following a 0.6 per cent gain in July, Labor Department figures showed Friday. The median forecast in a Bloomberg survey of economists called for a 0.3 per cent increase. Compared with a year earlier, the gauge increased 1.3 per cent, after July’s 1 per cent rise.

Excluding volatile food and fuel costs, the so-called core CPI -- viewed by policy makers as a more reliable gauge of price trends -- also increased 0.4 per cent from the prior month after a 0.6 per cent jump in July that was the largest in almost three decades. A 5.4 per cent surge in the cost of used cars and trucks accounted for more than 40 per cent of the gain in the core index. On an annual basis, core inflation measured 1.7 per cent following 1.6 per cent in July.

The gain in consumer prices reflects the steady advance in demand for goods and services since the pandemic-induced lockdowns earlier this year, suggesting inflation is gradually returning to the pre-crisis pace. In the early months of the pandemic, prices for things such as airfare and hotels collapsed as Americans stayed home. But as the economy has reopened, demand has gradually picked up once more.

In addition to used autos, the costs of motor vehicle insurance, apparel and airfares also rose from a month earlier. Education, which showed the first drop in records back to 1993, was among the categories that declined. College tuition and fees fell 0.7 per cent, the most since 1978, as many schools transitioned to online learning.

Even with the recent gains in consumer prices, Federal Reserve policy makers have seen little threat of inflation and expect to hold interest rates near zero for the foreseeable future. Additionally, Fed Chair Jerome Powell said late last month that the central bank will now be seeking an average inflation target, implying price pressures can overshoot after periods of weakness.

Consumers paid 0.2 per cent more for non-energy services in August than a month earlier, while goods prices minus food and fuel increased 1 per cent.

Prices for clothing rose 0.6 per cent after a 1.1 per cent jump in July, while the cost of new vehicles was unchanged.

Airfares climbed another 1.2 per cent after posting the biggest monthly gain in 21 years in the prior month, though prices remained 23.2 per cent below year-earlier levels with passenger counts still depressed.