U.S. consumer sentiment rose slightly in early September but remained close to a near-decade low, while buying conditions for household durables deteriorated to their worst since 1980 because of high prices.

The University of Michigan’s preliminary sentiment index edged up to 71 from 70.3 in August, data released Friday showed. The figure trailed the median estimate of 72 in a Bloomberg survey of economists.

Buying conditions for household durables, homes and motor vehicles all fell to the lowest in decades. The report said the declines were due to complaints about high prices. Consumers expect inflation to rise 4.7 per cent over the coming year, matching the highest since 2008. 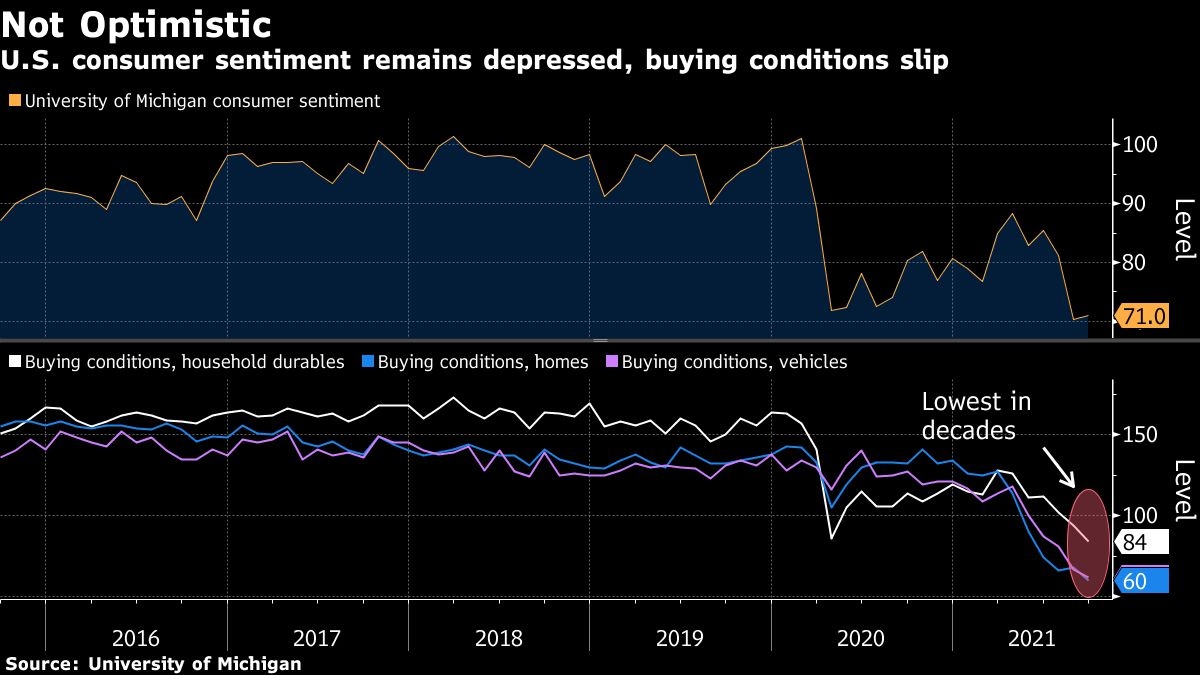 While consumers are more downbeat about the buying climate, they’re still spending. A report Thursday showed retail sales rose unexpectedly in August, with gains across most categories, suggesting steady demand. Because the data aren’t adjusted for price changes, the increase could partly reflect higher prices.

The delta variant of the coronavirus has damped consumer sentiment and led economists to downgrade their forecasts for third-quarter growth as economic activity slows. Concerns about rising prices have also led to a deterioration in confidence in recent months.

“Although declining living standards were still more frequently cited by older, poorer, and less educated households, over the past few months, complaints about rising prices have increased among younger, richer, and more educated households,” Richard Curtin, director of the survey, said in a statement.