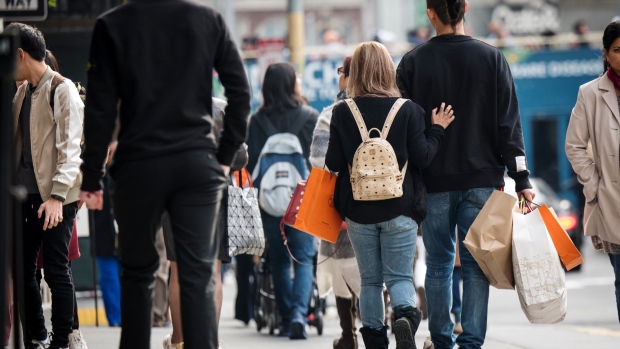 Pedestrians carry shopping bags in San Francisco, California, U.S., on Thursday, Jan. 3, 2019. A gauge of Americans' attitudes toward purchases rose to an 18-year high at the end of 2018, helping lift the Bloomberg Consumer Comfort Index for a second week. , Bloomberg

A key measure of U.S. consumer prices declined in April by the most on record amid a demand shock as most of the nation shut down to contain the coronavirus pandemic.

The core consumer-price index, which excludes volatile food and fuel costs, fell 0.4 per cent from the prior month after a 0.1 per cent decrease in March, Labor Department figures showed Tuesday.

That’s the biggest drop in data back to 1957. Compared with April of last year, the core CPI rose 1.4 per cent.

The overall CPI declined 0.8 per cent in April from a month earlier, the most since December 2008, as gasoline prices plunged.