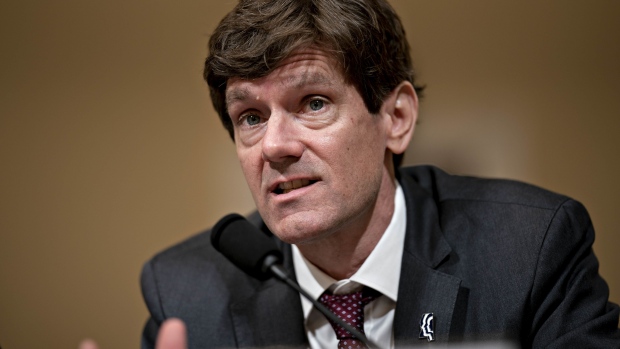 (Bloomberg) -- A year ago, U.S. health professionals felt helpless. The coronavirus had been identified but was poorly understood. Thousands were dying daily and the tools available -- ventilators, experimental therapies, testing kits -- were limited and often ineffective. The president was dismissive of masks and social distancing.

Today, even though the death rate has plummeted, those same professionals feel worse. The virus, while mutating, has been mapped; tests and highly effective vaccines are readily available, and the White House is on message. But, propelled by the delta variant, infection rates are increasing in 90% of the U.S.

The pandemic, these professionals say, is entering a dark new phase. Nearly half the nation rejects vaccines, goes maskless and sees virus restrictions as an assault on liberty. As cases rise again, scientists and doctors are grappling with the exasperating realization that the country has the means to tame this virus but large parts of the population reject them.

“How much more energy and effort can the nation exert to save even more lives when Americans, given the options and tools to save themselves, aren’t doing it?” said James Hodge, director of the Center for Public Health Law and Policy at Arizona State University. “That’s a very different pandemic we’re facing.”

Though only 53% of the U.S. population is fully vaccinated against Covid-19, inoculation rates have been decreasing since the end of April. In a few of the worst-hit states, such as Louisiana and Arkansas, there’s a sudden uptick in first shots, yet the U.S. has far more vaccines than it knows what to do with. States request a fraction of the doses allocated to them, and many vials are thrown out.

In Mississippi, for example, which has the lowest vaccination rate in the country -- 36% -- nearly a quarter of the doses go unused. Thomas Dobbs, an officer in the state’s health department, told a press conference in late July of feeling helpless as the delta variant spreads.

Christopher Mason, who studies the genomic sequencing of Covid variants at New York’s Weill Cornell Medical Center, said that states with lower vaccination rates also have reduced sequencing abilities, which makes it harder to detect changes in the virus’s makeup.

“The places where we need the most information about how the virus is mutating, we have the least amount of information,” he said.

He said this resistance has driven colleagues to leave the field, exhausted by the past year and frustrated with the public’s rejection of vaccines.

“It’s the duration of the pandemic and the constant workload, but also the feeling of society’s disrespect of a vaccine that can prevent the very pandemic that we’re in,” he said. “Knowing that there’s a way to prevent it and they’re still saying ‘no thanks’ is just maddening to people working in health care.”

In addition to vaccines, the U.S. -- after a slow start -- has more than enough Covid tests. But while testing volumes have increased slightly since the beginning of July, they’d been plummeting as a result of diminishing cases. Companies like Abbott Laboratories Inc. and Quest Diagnostics Inc. have seen reduced demand for their Covid screenings in recent months -- Abbott just reported a nearly $1 billion decrease in Covid testing sales.

“In every community, you can go right now either to private pharmacies, to public testing setups, or to your doctor, and you can get tested,” said Umair Shah, Washington State secretary of health. The fact that fewer people are doing so makes it harder to detect outbreaks.

Jones said that even if enough workers were found for mass contact tracing, citizens aren’t cooperating.

“I keep hearing over and over, when we call and say ‘have you been exposed,’ they hang up the phone,” he said.

Since late June, hospitalizations in the state have been increasing 32% a week and facilities are once again feeling strains on capacity and staffing.

Jones said that as intensive care units fill up, patients are being transferred to surrounding hospitals. And he too is frustrated with the public.

“We have the capability to take care of a pandemic like this if we had cooperation from the public to get vaccinated and do the types of things you need to do to prevent the spread of the disease,” he said.

In some places, it’s as much the authorities as the citizens. At least eight states, including Texas, Utah and Iowa, have banned schools from imposing mask mandates; Tennessee fired its top vaccine official earlier this month, right before the state briefly halted all vaccine outreach to minors.

“It’s not just about our failure as a nation, which has been catastrophic up until now -- we’re actually going in reverse,” Arizona State’s Hodge said of recent Covid trends.

Part of the problem is the lack of uniform national policies.

“We’re looking at how people are tired of this virus and pandemic and they want to move on, and there are confusing messages across the country,” Washington State’s Shah said. “As a community member, you frankly don’t know who and what to believe.”

Hodge fears the current volatile mix of circumstances -- a fatigued and mistrustful public, impatient health professionals abandoning the field and the spread of highly contagious variants -- will prove fatal.

“We’re just not getting it done, and excess morbidity and mortality tied to that will be even more catastrophic than the original repercussions,” he said.