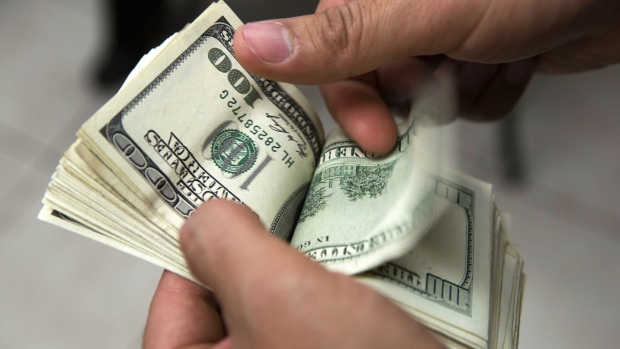 An employee counts a stack of U.S. one hundred dollar bills inside a currency exchange center in Mexico City, Mexico, July 9, 2013. Bloomberg/Susana Gonzalez

The Bloomberg Dollar Spot Index is down about two per cent from a two-year high reached Oct. 1, amid its longest weekly losing streak since January. It touched the lowest since July on Friday.

The greenback’s biggest losses in October have come against the pound, as U.K. and European Union negotiators reached a Brexit deal. This month also brought a potential breakthrough in trade talks between the U.S. and China, though President Donald Trump said an agreement probably won’t be signed until he meets his Chinese counterpart Xi Jinping in November. 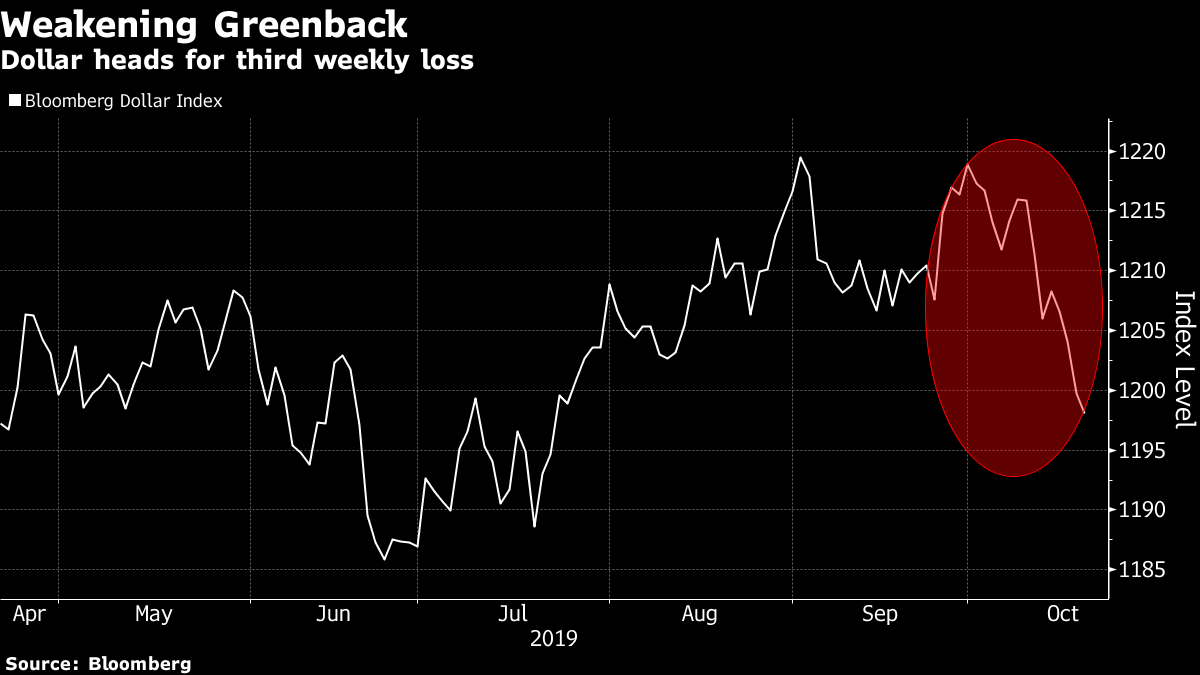 “One of the things that kept the U.S. dollar supported broadly over the past few months was the idea of uncertainty in Trump’s policies, which sent investors to U.S. dollar-denominated assets like Treasuries and propped up the dollar,” Osborne, a currency strategist, said in an interview Friday.

Progress on trade talks this month “took the edge off” the dollar, along with a string of U.S. data that missed estimates, such as manufacturing and industrial production, he said. In addition, “investors are facing losing bets on more recently established long positions on the dollar or shorts on the euro and pound.”