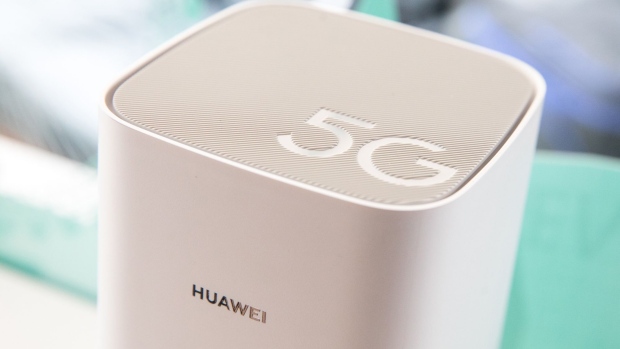 (Bloomberg) -- The U.S. won’t change its policy on intelligence sharing with the U.K. because of Britain’s decision to allow Huawei Technologies Co. into next-generation broadband networks, a senior official said.

U.S. President Donald Trump tried to persuade the British government to exclude the Chinese company from the U.K.’s 5G networks and was unhappy that Boris Johnson defied him, berating the British Prime Minister during a heated phone call last week. The U.S. has warned about Huawei’s ties to the Chinese Communist Party and the risk of espionage.

However, Robert B. Blair, a special envoy to Trump for international telecommunications policy, said that the U.K. will continue to be one of Washington’s “closest partners.”

“We’ll have to take a hard look at how the implementation of this new policy -- and it’s still a policy at this point -- will affect our ability to take care of information with them, but there will be no erosion of our overall intelligence sharing operation with the Brits,” Blair told reporters Friday at the Munich Security Conference.

He said the idea of restricting U.K. access to U.S. intelligence had never been a threat, and reassessing the treatment of data was merely a matter of reacting to potentially compromised networks.

QuickTake: Can a 70-Year-Old Spy Alliance Endure in Era of 5G?

He appeared to pour cold water on a possible plan for the U.S. government to invest in Huawei competitors Nokia Oyj of Finland and Sweden’s Ericsson AB.

“We will push the market in a particular direction, frankly we are more at the point of working to bring everybody inside the tent rather than focusing on putting U.S. taxpayer dollars toward a particular solution,” he said.

Huawei has ripped up its own supply chain in an attempt to insulate itself from U.S. attacks and the equipment provider said Friday that it doesn’t use American components in its 5G networks anymore.

“We do believe over a strategic period as America weakens and non-American companies strengthen, that actually will be good for all companies and all countries and consumers,” said John Suffolk, the Shenzhen-based vendor’s global cybersecurity and privacy chief. “There will be a lot more competition in the world.”

In the final weeks of 2019, Huawei’s investment branch scouted startups and venture capital firms in countries including Germany and France to invest in European tech companies to build a non-American supply chain.

Suffolk said Huawei doesn’t provide the specific equipment which allows law enforcement to listen in to communications, and that function is under the control of network operators themselves. Suffolk was previously chief information security officer for the U.K. government.

“There is no evidence to support any of the allegations that America is making,” Suffolk said. He was referring to a report published Wednesday in the Wall Street Journal that said the company has been able to use lawful intercept technology to eavesdrop on communications for more than a decade.

“We believe they’re deliberately misleading and hoping if they throw enough mud then some of that mud would stick,” Suffolk added.

--With assistance from Helene Fouquet and Thomas Seal.

To contact the reporter on this story: Patrick Donahue in Munich at pdonahue1@bloomberg.net

To contact the editors responsible for this story: Ben Sills at bsills@bloomberg.net, Iain Rogers