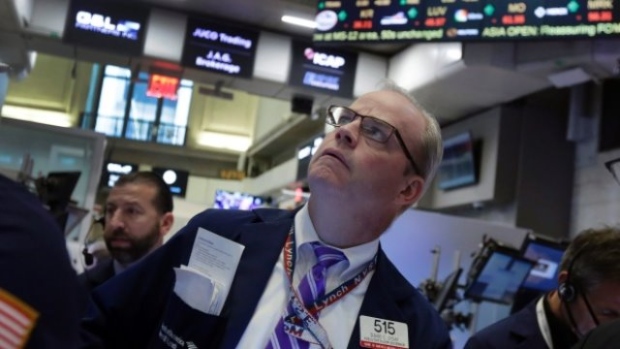 With companies delivering their latest quarterly earnings and some companies raising dividend payouts, investors can’t afford to ignore the fundamentals – but that’s not what matters most right now, according to Bruce Campbell, president and portfolio manager with Campbell, Lee & Ross.

The U.S. presidential election is what’s affecting markets the most, because “if Donald [Trump] does win, everything is going down” on Wednesday Nov. 9, the day after the election, Campbell said in an interview with BNN on Thursday.

Investors will still need to look closely at fundamentals, however, given that a win for the Republican presidential candidate and a potential stock drop could provide buying opportunities.

“If you like a company and it reports good earnings today or in the next few days, it’s going to go down if everything else goes down,” Campbell said, “and your entry point is going to be much better.”

Currently, stock markets are not adequately pricing in the possibility that the Republican presidential candidate could win the U.S. election next week, Campbell said.

“If Donald does win I think the shock factor of that will still mean that the Dow is down 200 to 300 points on Wednesday,” he said.

Most national opinion polls show Democratic presidential hopeful Hillary Clinton in the lead, but the race has tightened in recent days with new polls show Trump gaining ground in some key swing states.

That uncertainty has been reflected in stock market. The S&P 500 declined for the seventh straight day on Wednesday – its longest losing streak since the European debt crisis back in 2011.

No matter who wins, markets are going to move on the day after the election, predicts Campbell. A Clinton win would likely produce a “relief rally” that would drive U.S. stocks up at least 100 points, he said.

“There is going to be a big gap on Wednesday no matter who wins,” Campbell said.

Trump has run an unconventional campaign that is heavy on rhetoric and light on policy – making it tough for investors to predict which specific sectors would win or lose if he's elected president, Campbell said.

“Nobody really knows what [Trump] stands for,” he said. “You sort of have to pick up the clues on what he has said in response to a question.”

Trump’s campaign comments against Wall Street banks and green energy companies are making some investors nervous. Campbell recommends investors who are worried about a Trump win to reduce their exposure to those sectors.

“You shoot first and ask questions later,” he said. “Those sectors will take a hit if he wins Wednesday morning.”

Trump’s talk about beefing up U.S. military spending, reducing regulations on coal and fracking as well as his dismissal of climate change as a hoax would likely boost defense and energy stocks, Campbell said.

Infrastructure stocks will also likely move higher – even if Trump doesn’t deliver on his promise to build a wall between the U.S. and Mexico.

WEIGH IN: What do you think matters most to U.S. voters? https://t.co/Sf2UieuOXN