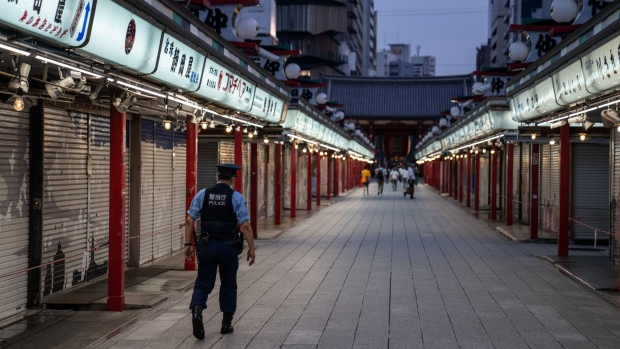 (Bloomberg) -- The U.S. Embassy in Tokyo issued a warning Monday about foreigners being stopped and searched by Japanese police in what it said were suspected to be “racial profiling incidents.”

The unusual move by the embassy of Tokyo’s only formal ally came after Japan closed its borders to new entries by foreigners amid concern over the omicron variant, just weeks after beginning a cautious re-opening. The closure was backed by almost 90% of respondents to a media poll over the weekend.

The alert posted on the Twitter account of the American Citizen Services section of the embassy warned that U.S. citizens should carry proof of their immigration status and notify their consulate if detained. The alert added that several foreigners “were detained, questioned, and searched.”

The prime minister’s office did not immediately provide a comment when asked about the warning.

The number of foreign citizens living in Japan fell by 2% to 2.8 million in June, compared with a year earlier, according to the Ministry of Justice. American citizens made up less than 2% of the total, at nearly 54,000. Entry by foreign tourists, businesspeople and students is currently banned under coronavirus restrictions, although foreigners with resident status are currently permitted to re-enter.