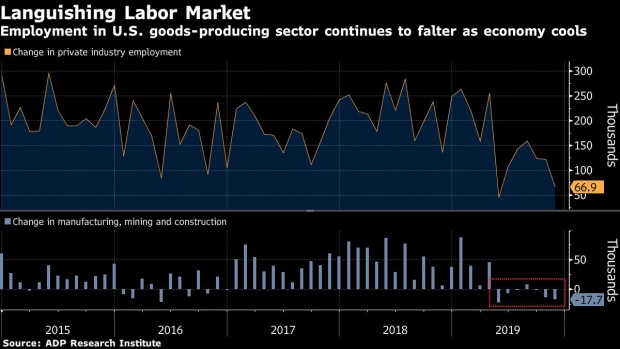 Businesses’ payrolls increased in November by 67,000 -- the second-lowest total since 2010 -- after a downwardly revised 121,000 gain in October, according to ADP Research Institute data released Wednesday. That missed the median estimate in a Bloomberg survey of economists that had called for a 135,000 gain.

“The job market is losing its shine,” Mark Zandi, chief economist at Moody’s Analytics, said in a statement. “Manufacturers, commodity producers, and retailers are shedding jobs. Job openings are declining and if job growth slows any further unemployment will increase.” Moody’s produces the figures with ADP.