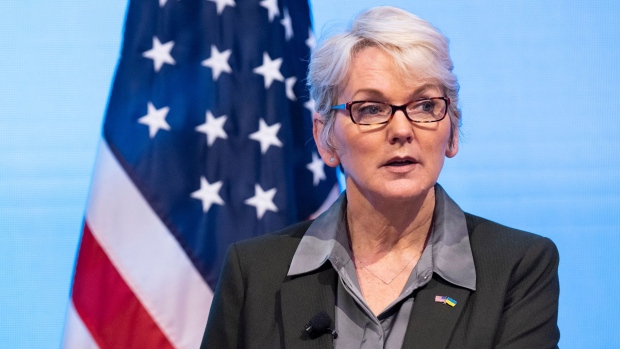 “We are on a war footing,” Department of Energy Secretary Jennifer Granholm told attendees at a packed ballroom at the CERAWeek by S&P Global energy conference in Houston on Wednesday.

“The DOE and the Biden Administration is ready to work with you,” Granholm said. “We need oil and gas production to rise.”

Granholm said it was possible to work toward a transition to cleaner energy while also boosting short term oil supplies.

“We can walk and chew gum at the same time,” she said.

Granholm’s comments come after the price of oil climbed to more than $130 a barrel this week. On Tuesday, the U.S. declared a ban on Russian crude imports.