In these treacherous markets, have cash on hand: MarketGauge Group's Michele Schneider

US stocks rose and Treasuries rallied as weaker-than-forecast data and a renewed hawkish tone from Federal Reserve officials ratcheted up worries the economy is headed for a recession.

The S&P 500 resumed gains on Thursday, ending the day up nearly 1 per cent. The tech-heavy Nasdaq 100 also rose. Treasury yields declined, with the 10-year yield hovering around 3.08 per cent. Commodities from oil to copper and wheat remained under pressure as signs of waning demand mounted.

Data on Thursday did little to boost sentiment about a global economy battered by a flurry of central bank rate increases. Jobless claims hovered near a five-week high, while manufacturing and services activity in the US cooled in June, lagging estimates and adding to worries the Fed’s efforts to fight inflation will upend growth.

Federal Reserve Chair Jerome Powell said in testimony to the US House that his commitment to bring down price increases is “unconditional,” a characterization he made at last week’s Fed meeting but one he omitted before lawmakers Wednesday. Fed Governor Michelle Bowman also said she supports raising interest rates by 75 basis points again in July, followed by a few more half-point hikes. 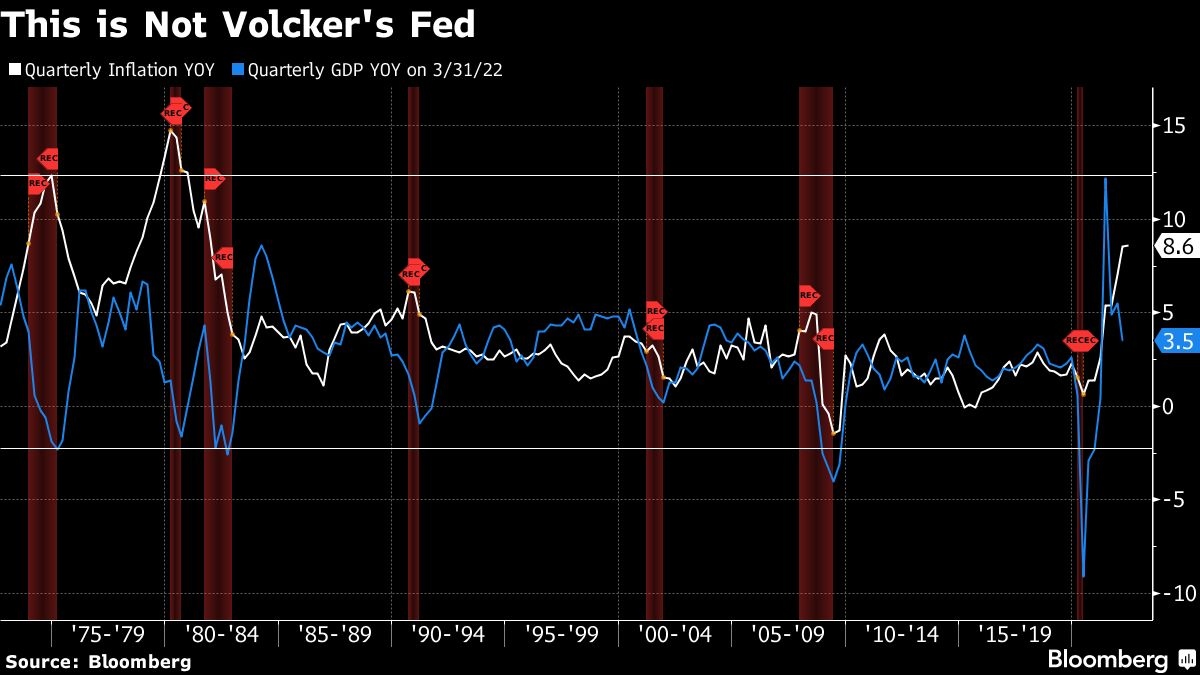 “With Chairman Powell finally acknowledging that while a soft landing is possible, however difficult, and that the Fed’s commitment towards curtailing inflation may lead the economy into a recession, the market is wavering between a growth scare and an all out recession,” Quincy Krosby, chief equity strategist at LPL Financial, said in a note.

The S&P 500 had risen more than 2 per cent Tuesday on speculation after back-to-back weekly routs of more than 5 per cent each had reset valuations in line with the Fed’s policy moves. Volatility remains elevated across assets, though, as economists debate whether the world’s largest economy is robust enough to withstand a Fed that looks poised to raise rates at least 50 basis points each at its next three meetings.

Traders are now starting to price out any action on rates beyond the December meeting with latest data showing an additional 175 basis points of hikes priced before that meeting.

The dollar was little changed. Powell, on Thursday, said that US debt is on an “unsustainable path” which could be a concern for the dollar over the long term. Bitcoin climbed back above US$20,000. A digital dollar should be backed by the government, according to Powell, who rejected the idea of a private stablecoin during his testimony.