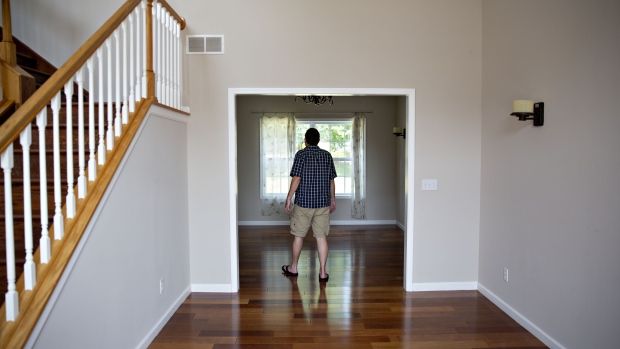 A prospective home buyer tours a house for sale in Dunlap, Illinois. , Bloomberg

Sales of previously owned U.S. homes eased more than forecast in March, suggesting the housing market is still finding its footing after a weak 2018.

Contract closings fell to a 5.21 million annual rate, down 4.9 per cent from February’s downwardly revised pace, the National Association of Realtors said Monday. The median sales price rose 3.8 per cent from a year earlier to US$259,400.

Sales decreased for a fourth time in five months despite lower mortgage rates, sustained wage gains and slower home price appreciation. The data signal the residential real estate sector may need more time to stabilize after sales fell to a three-year low in January. The report adds to signs of a cooling market in March, including a government report Friday showing housing starts fell to the slowest pace since May 2017. Other data signal greater momentum in the critical spring season, from homebuilder sentiment rising to a six-month high to mortgage applications at their highest level in almost nine years. “There’s a supply-demand mismatch,” Jessica Lautz, NAR’s vice president of demographics and behavioral insights, said at a briefing in Washington. “More inventory is needed at the lower end and a price reduction may be needed at the upper end,” she said, adding that NAR projects sales to accelerate later this year.

“We estimate 2019 will be positive for the housing sector. Recent dovishness from the Fed should help housing by exerting downward pressure on mortgage rates. However, lower mortgage rates will not be the only source of improving affordability -- decelerating price growth below that of the wages will be a game changer for the sector this year.”-- Yelena Shulyatyeva and  Carl Riccadonna, economists

Economists surveyed by Bloomberg had projected a 5.3 million sales pace in March. February’s reading was revised to 5.48 million from 5.51 million. Home purchases fell in all four regions, led by a 7.9 per cent drop in the Midwest. At the current pace, it would take 3.9 months to sell all the homes on the market, compared with 3.6 months in February; realtors see anything below five months of supply as a sign of a tight market. First-time buyers made up 33 per cent of sales, up from 32 per cent the prior month. Existing-home sales account for about 90 per cent of U.S. housing and are calculated when a contract closes. New home sales, which make up the remainder, are counted when contracts are signed. Government data on March new home sales, due Tuesday, should offer a better picture of how residential real estate concluded the first quarter.