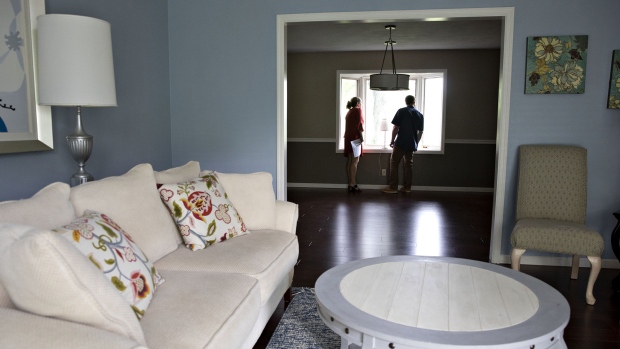 Sales of previously owned U.S. homes declined in September to the slowest pace in three months as higher prices limited the recent progress in residential real estate that has been aided by low mortgage rates and consistent wage gains.

Contract closings decreased 2.2 per cent from the prior month to a 5.38 million annual rate, the National Association of Realtors said Tuesday. The median projection in a Bloomberg survey called for a 5.45 million pace. The median sales price jumped 5.9% from a year earlier, the biggest annual gain since January 2018, to US$272,100. 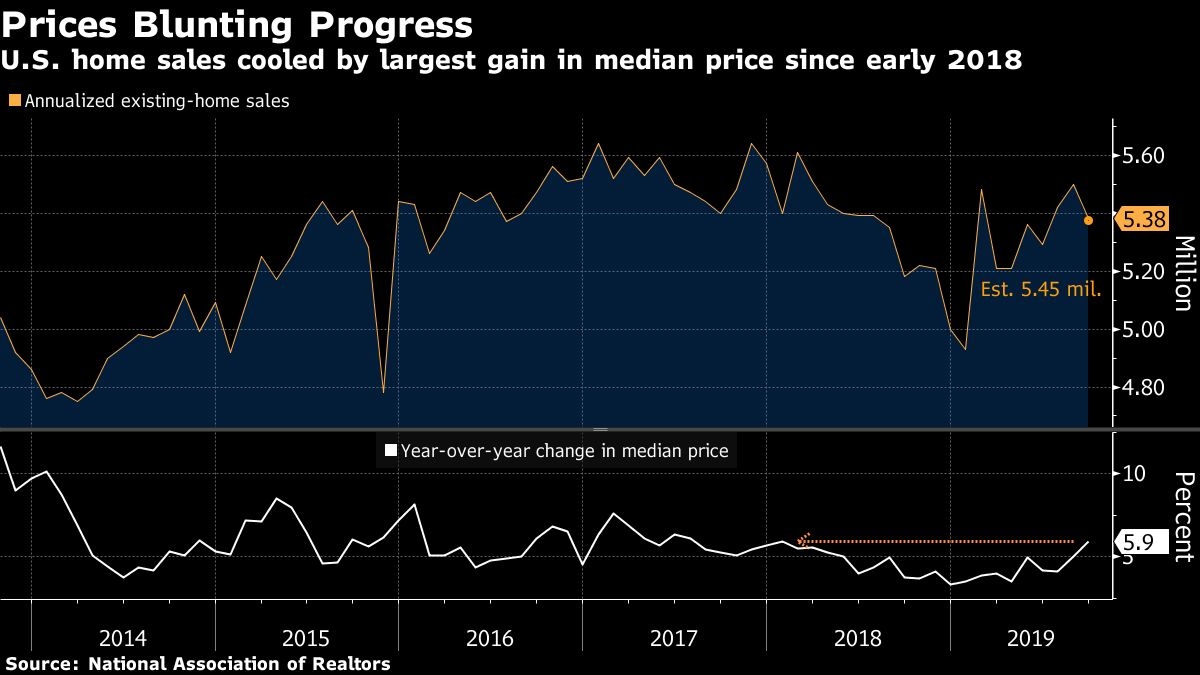 -The decline underscores how building up momentum in residential real estate has become difficult as a lean supply of available properties continues to fuel increases in asking prices. That’s offsetting the benefits of higher wages and borrowing costs that are hovering around a three-year low.

-Inventory of previously owned homes on the market was down 2.7 per cent from a year earlier at 1.83 million units, the leanest September inventory in records back to 1999. It also marked the fourth consecutive year-over-year decline.

-The figures follow signs of strength across the housing market. Data out last week showed homebuilder sentiment rose in October to the highest since February 2018. While U.S. new-home construction pulled back in September from a 12-year high, single-family groundbreakings accelerated for a fourth month.

“The housing market is an unbalanced situation,” Lawrence Yun, NAR’s chief economist, said at a briefing in Washington. Sales are falling and “prices are just rising and rising.”

-Purchases cooled in all four U.S. regions, led by a 3.1-per-cent drop in the Midwest from a month earlier. Sales declined 2.1 per cent in the South to a three-month low and 0.9 per cent in the West.

-At the current pace, it would take 4.1 months to sell all the homes on the market, compared with four months in August; Realtors see anything below five months of supply as a sign of a tight market.

-First-time buyers made up 33 per cent of sales, up from 31 per cent the previous month.

-Existing-home sales account for about 90 per cent of U.S. housing and are calculated when a contract closes. New-home sales, which make up the remainder, are counted when contracts are signed and will be released Thursday.