Sales of previously owned U.S. homes unexpectedly rose to a three-month high in January as Americans sought to take advantage of ultra-low mortgage rates that have powered the boom in housing.

Contract closings increased 0.6 per cent from the prior month to an annualized 6.69 million, after a downwardly revised 6.65 million in December, according to National Association of Realtors data released Friday. The median forecast in a Bloomberg survey of economists called for a 6.6 million rate in January. 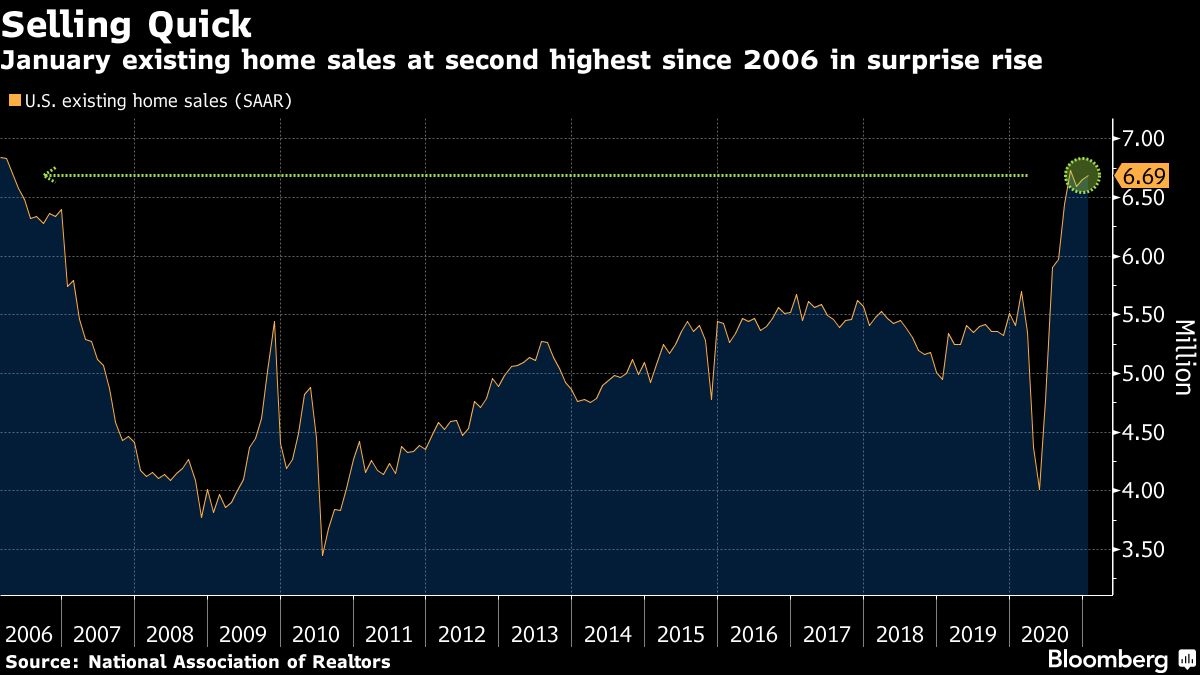 Low borrowing costs paired with a desire for single-family homes with more space during the pandemic has propelled demand, even as other parts of the economy lag. Sales of existing homes last year were the strongest since 2006. Still, prices are rising, inventory is limited and expectations of higher mortgage rates may weigh on buyer demand going forward.

“We have to get more inventory,” Lawrence Yun, NAR’s chief economist, said on a call with reporters. “Sales could be even higher,” if more homes were put on the market, he said.

While low mortgage rates have helped make buying a home more affordable, prices are soaring. The median selling price increased 14.1 per cent from a year earlier to US$303,900 in January, a record for the month.

Properties remained on the market for 21 days in January, compared with 43 days in the same month last year.

There were a record-low 1.04 million homes for sale last month, down 25.7 per cent from a year earlier. At the current pace, it would take 1.9 months to sell all the homes on the market, down from 3.1 months in January of last year. Realtors see anything below five months of supply as a sign of a tight market. 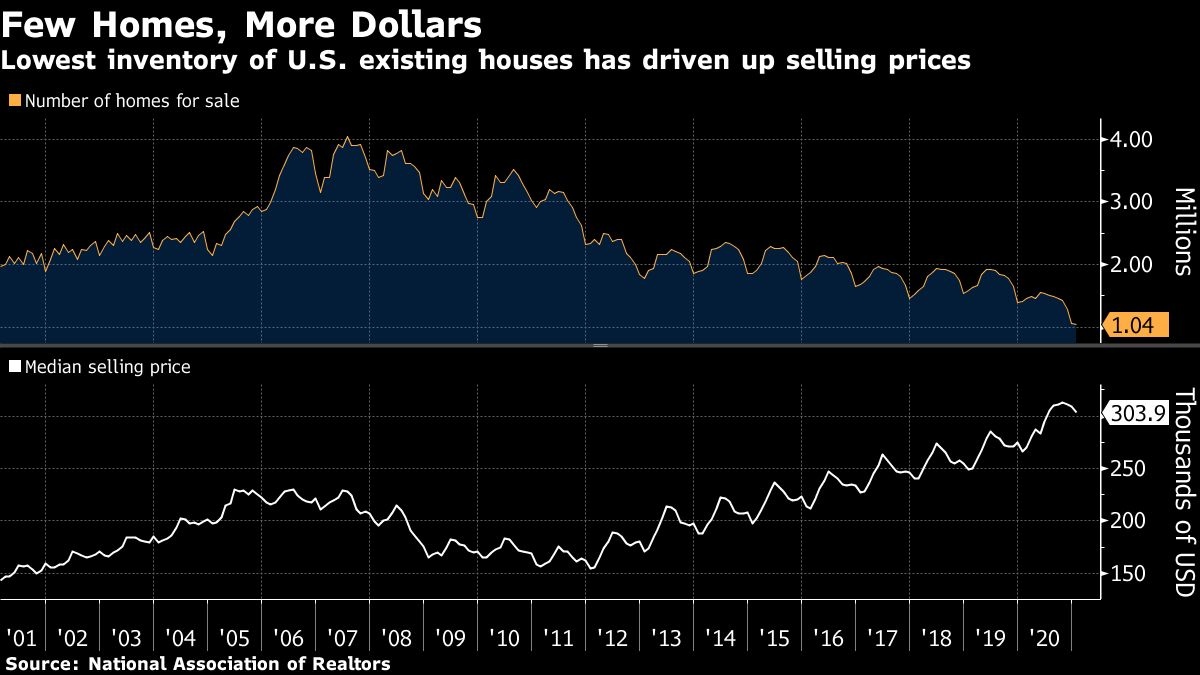 Recent data also suggest the housing market will remain a bright spot for months to come. While home-construction declined in January for the first time in five months, permits to build single-family houses rose at the fastest pace since 2006. The number of one-family dwellings authorized but not yet started increased to the highest in more than 13 years.