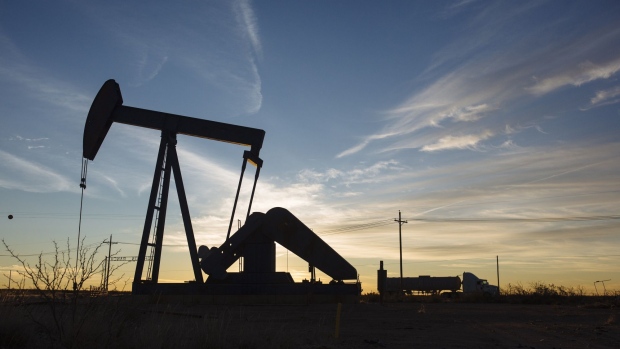 A tanker truck drives past a pump jack in the Permian Basin area of Loving County, Texas, U.S., on Saturday, Dec. 15, 2018. Once the shining star of the oil business, gasoline has turned into such a drag on profits that U.S. refiners could be forced to slow production in response. Photographer: Angus Mordant/Bloomberg , Bloomberg

(Bloomberg) -- Crude production in the Permian Basin is expected to surpass a pre-pandemic high this month as a rebound in the U.S. shale industry fuels activity in its most prolific patch.

Crude production from the Permian exceeds that of each OPEC member except Saudi Arabia, underscoring its importance in balancing the oil market. Its low production costs make it appealing to drillers with most producers focusing their U.S. plans for expansion on the sprawling oil patch, at the expense of other shale basins.

U.S. shale oil producers will increase capital spending by nearly 20% to $83.4 billion in 2022, the highest since the pandemic began, according to Rystad Energy. Still, that’s about a third lowest than forecast levels in 2019, indicating that companies are more disciplined about basing production decisions on near-term changes in crude prices.

Exxon Mobil Corp. and Chevron Corp. have both made the Permian a key focus for next year, even as they keep overall capital spending near multi-year lows. Chevron plans to spend $3 billion in the basin next year, 50% higher than this year’s budget and about a fifth of its global total.

Even with the Permian’s growth, total U.S. oil output is still a long way from full recovery.Pioneer Natural Resources Co., said last week that U.S. drillers will need half a decade for nationwide production to reach pre-pandemic levels.