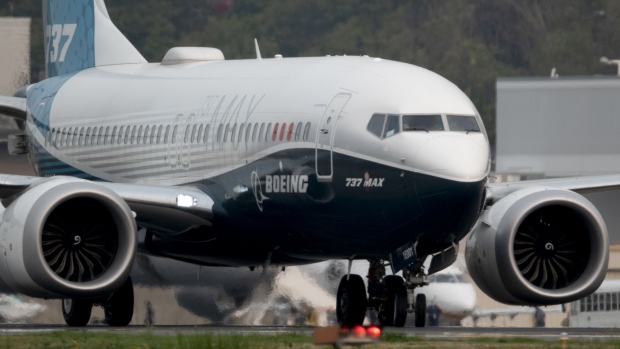 The Boeing Co. 737 Max airplane lands during a test flight in Seattle, Washington, U.S., on Wednesday, Sept. 30, 2020. Federal Aviation Administration chief Steve Dickson, who is licensed to fly the 737 along with several other jetliners from his time as a pilot at Delta Air Lines Inc., will be at the controls of a Max that has been updated with a variety of fixes the agency has proposed and may soon make mandatory. , Bloomberg

Equipment on the planes that could be subject to interference from 5G radio waves could alter how the jet stops after touching down, the Federal Aviation Administration said in an airworthiness directive posted on a government website Friday.

Interference from 5G could result in “degraded deceleration performance and longer landing distance than normal,” the FAA said. The agency is requiring changes to flight manuals and other actions so pilots are aware of the issue.