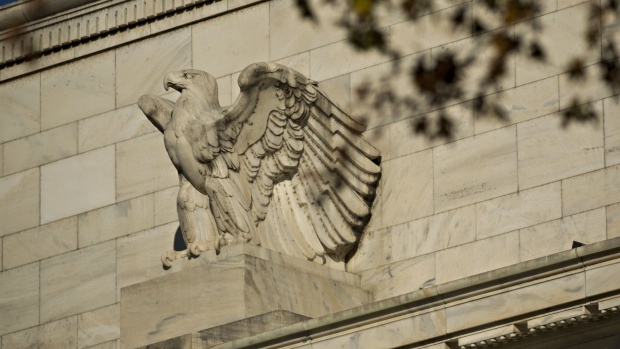 The U.S. Federal Reserve, which just started a second round of Wall Street stress tests, is considering extending the unprecedented constraints on dividend payments and share buybacks it imposed on the biggest U.S. banks.

The Fed said in a statement Thursday that it will decide in the next two weeks whether to prolong the limits, which are scheduled to lapse at the end of the third quarter. Any extension through the end of the year would likely disappoint banks, as JPMorgan Chase & Co. has already indicated it might resume buybacks in the fourth quarter if allowed to by regulators.

The caps, announced in June, restrict banks from increasing investor payouts above second-quarter levels and ban all buybacks. The regulator -- under intense pressure from lawmakers who said banks shouldn’t be paying dividends during a pandemic -- said at the time that an analysis showed potential risks to lenders if capital distributions continued unabated.

The Fed also released two hypothetical stress situations Thursday that Wall Street banks will be tested against -- scenarios that share some similarities with the economic damage triggered by the coronavirus. Lenders’ recent balance sheets, which already reflected some pandemic effects, will be evaluated.

The regulator plans to reveal how banks fared by the end of 2020, though it didn’t say whether the results would impact the industry’s capital demands. Fed leaders have previously made clear that they’d prefer not to increase capital requirements in the midst of a crisis.

“Although the economy has improved materially over the last quarter, uncertainty over the course of the next few quarters remains unusually high, and these two additional tests will provide more information on the resiliency of large banks,” Fed Vice Chairman Randal Quarles said in the statement.

The second round of 2020 tests -- spurred by the pandemic’s economic crisis -- marks the first time the Fed has examined banks more than once in a single year. The exams will show how lenders would be impacted by unemployment spiking well above the COVID-fueled level it’s at today.

One of the scenarios would assume a 12.5 per cent unemployment rate and three per cent slip in gross domestic product, as well as greater havoc in overseas markets. The other would test for a less-severe shock that lasts longer.

Though banks easily cleared this year’s previous round of tests, the Fed had conducted a side analysis of how the major lenders would have held up under COVID-type stresses. It didn’t release the results for specific banks, saying that some fell below capital minimums. This time, the results will be public.

Goldman Sachs Group Inc. and Morgan Stanley fared the worst among U.S.-based banks in the regular stress tests in June, in scenarios devised before the onset of the pandemic. Both firms generally take a harder hit than other banks because their businesses are more reliant on capital markets, which are subjected to more pressure in the regulator’s invented crises.

This year saw an overhaul of how the annual tests are administered. For the first time, the results of the exams have been directly tied to how much capital each firm has to maintain throughout the year. The Fed hasn’t made it clear whether this second set of 2020 tests will replace that earlier outcome, which could raise each firm’s capital minimum. An agency spokesman declined to comment Thursday on its position.

Still, if the Fed extends its limits on capital payouts, it could make that question academic. A higher capital minimum may not matter as much if the banks are already under orders to hold on to excess revenue by keeping dividends capped and leaving stock buybacks off the table.

JPMorgan Chief Financial Officer Jennifer Piepszak said this week that her bank has excess capital even amid the crisis, and would be open to using the cash to buy back shares in the next quarter.

“It will obviously depend on whether we have regulatory constraints, and we’re going to be very, very prudent in terms of how we think about the number of different scenarios and what our capital looks like under those scenarios,” she said.