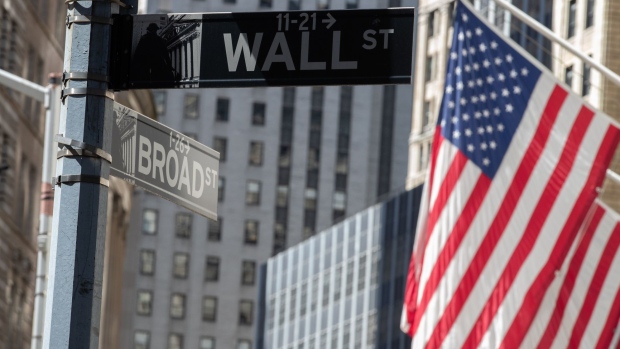 U.S. financial conditions are the easiest they’ve been in more than a quarter century as stock markets scale new heights on hopes of an end to the COVID-19 pandemic, according to an index compiled by Goldman Sachs Group Inc.

The index, which dates back to 1990 and also takes account of the value of the dollar and interest rates, reached its loosest level ever last week. That came as financial markets have boomed, thanks to unprecedented support for the economy from the Federal Reserve and Congress.

Easier financial conditions are good for growth in the near term because they encourage borrowing and spending by companies and consumers. Goldman economists led by Jan Hatzius have what they term a “strongly above-consensus forecast” of a 5.3 per cent rise in 2021 gross domestic product, though that is driven more by the improving health outlook than by easier financial conditions.

Longer-term, looser lending poses risks, potentially inflating bubbles in stock and other asset prices and enticing borrowers to take on too much leverage. In a blog post on Monday, International Monetary Fund Financial Counselor Tobias Adrian cautioned that policy makers “must weigh the pros of more stimulus today against the cons of higher financial stability risks in the future.”

Fed Chair Jerome Powell and his colleagues hold a two-day policy making meeting starting Tuesday in which they’ll have to decide how much, if any, extra help they’ll provide to an economy that is slowing as the virus spreads but whose medium term prospects have brightened with the roll-out of a vaccine to combat the pandemic.

Other financial indexes by Bloomberg News and the Federal Reserve Bank of Chicago do not suggest that conditions are as loose as Goldman’s. Those indexes include more variables than Goldman’s, which is a weighted average of short-term interest rates, long-term interest rates, the trade-weighted value of the dollar, credit spreads and equity prices.